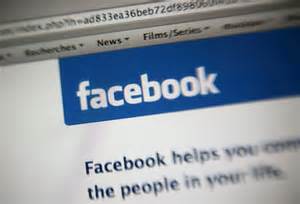 In today’s social networking, teens are worried about how many “likes” they can get, how many followers they gain and how many retweets they have, even though none of it matters.

Frankly, it’s getting even worse considering the negative effects of social networking are already impacting the generations before us.

Without a lot of “likes,” followers, or retweets, teens see themselves as “not good enough.”

Teens are constantly exposed to seeing this “perfect image” of who they should be, all provided by social media.

They feel if they can’t become that “perfect image,” then they’re not good enough for anyone or themselves.

This constant exposure to “perfection” from social media affects a teen’s self-identity, self-esteem and even may cause depression.

Teens that want these so called causes can be pushed to become unsure of who they are and who they want to become.

Social media can affect a teen’s self-esteem by changing their entire style such as clothes, music, and personality and even change what kind of friends they have.

These conflicts that teens deal with throughout the social media world can create a massive amount of depression as teens struggle to be socially “accepted.”

These effects of depression lead to teens having severe insecurities, which then concludes that social networking degrades teens.

Social networking can even lead to addiction, which can highly affect a teenager’s health. It can cause teens to have anxiety, sleeping problems and not being able to function in the real world.

However, social media doesn’t have the intentions or ruining lives.

The social networking world does have some positive aspects. For example, some teens and young adults have become internet famous from social media outlets such as Vine and Youtube

The teens that are internet famous try to create a positive self-image and explain to our generation that perfection doesn’t matter. A lot of the famous teens always say to “be yourself.”

Some of these teens inspire others to be themselves and have helped them be able to find who they truly are by an inspiration from their peers who love to embrace being themselves.

Social media is here to connect with family and friends, catch up on what’s happening throughout the world, inform us on news and important events, inspire us to make a change, explore the network by seeing other people’s interests, lifestyles and more.

The problem isn’t social media, it is teens.

Based on what kind of people and accounts teens follow on social media, it can say a lot about who they really are, or more importantly, who they want to be.

These are the negative effects creating self-identity problems for teens and how they really feel about themselves.

Another problem teens face with social media is being “accepted” into society, or being “popular.”

The media provides all these images of becoming accepted in society that some teens feel they have to fulfill.

From my standpoint, people live in society, not social media.

The media should not make teens feel like they need to live, dress, look and eat a certain way just to be able to be “accepted” into society.

We are born into society, not “accepted.”

Social media sabotages the way a teen should live their life and if teenagers keep believing the way to live is to live by social media, then they are very limited.

They’re stuck on trying to decide for themselves how they want to live their life. Teenagers are clueless to who they are because they depend on social media to discover it.

All in all, social media has both positive and negative aspects to teens’ self-esteem and health; it is up to our future generations to not let it take over.

Social media deprives teenagers of who they really are, and it is up to teenagers to change their beliefs and what they are defined by.