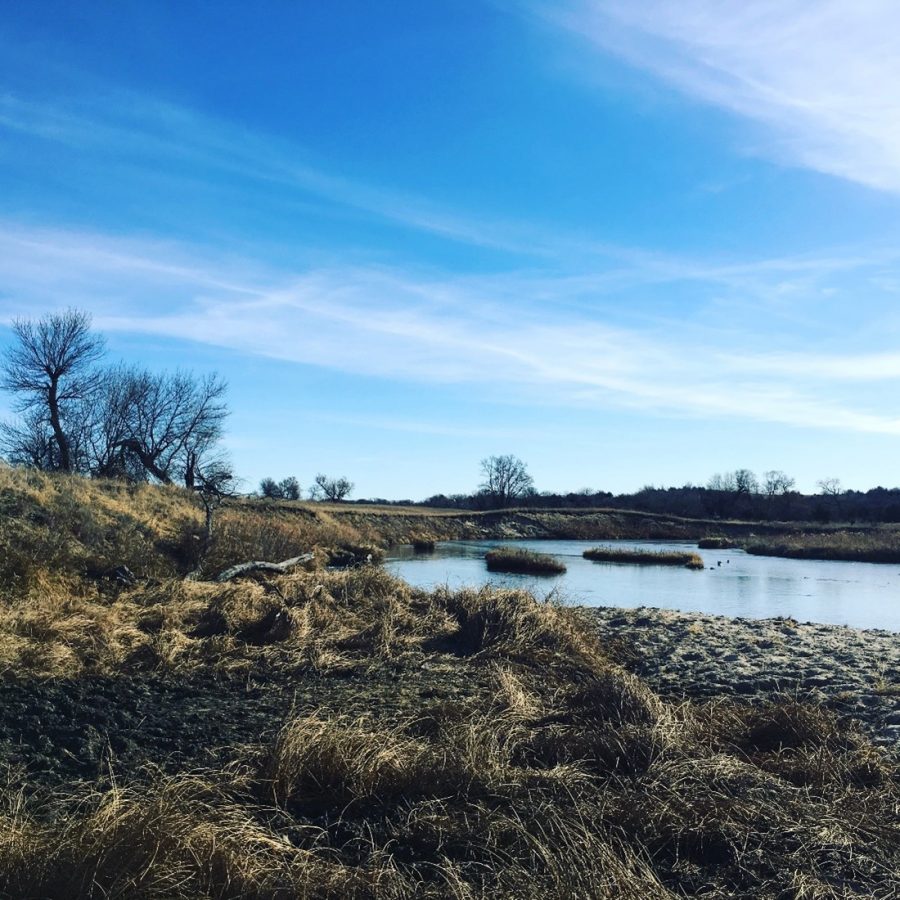 The couple owns a home in Omaha, as well as a ranch near the South Dakota border

Suzanne was going home, but she felt something. It was calling her back to the woods, she felt as though something was directing her back there. She went back, and on there was something there on the ground, black and white. She got closer and saw it was a cow just lying there, dead. She ran back to the house and told her husband. They two of them went back to it, and he got closer. “It’s not dead,” he said, they had to call the neighbors.

Not long after, they saw a rusted-up ice cream truck barreling down their driveway. When it came to a stop the two ranchers jumped out and rushed to their tipped cow. They knew just what was happening, her lungs were filling with fluid because cows are not meant to be on their backs. He pushed her over onto her legs to save her.
That was only one problem solved. She was also bloating, the food in her stomach was fermenting and releasing gas into her stomach. The neighbors went back to the truck and grabbed a rusted pipe. One of them shined it and sawed it off to a point. He rushed back and stuck it in her belly to save her. They loaded her into the truck and took her home.

Life on a ranch can be a lot less boring than most people may think. That is what happened to Karl and Suzanne Kehm at their ranch. They live in Omaha, but they also own a ranch in Keya Paha County, on the Nebraska-South Dakota border. It is about 1,500 acres (one acre is 43,560 square feet), which may seem large, but is quite small by ranch standards. The two of them go out there for a few days every month. They used to live in Washington County, north of Douglas County, on about 50 acres. They moved to the city, but they always wanted to get back to the country.

They also wanted to buy a ranch because they had invested in stocks prior, but it took several hits in the 2000s. It was better to invest in something other than the stock market. Something they could pass down as well. It is also a source of income, some of their neighbors pay them to let their cattle graze on their land.

“The stock market, it’s just a piece of paper, but land will stay there forever,” Karl said.

The name of the ranch is Wishin Jupiter Ranch. There is a wonderful story behind the name. Back before they lived in Omaha, when their daughter was about five or six years old, she wanted a bike for her birthday. They got an old one for her and fixed it up. They shined it, gave it a brand-new banana seat, and attached streamers to the handlebars. On the night of her birthday, they rolled it out of a goat shed under a light. She saw it sparkling and said, “I think I’ll call it Wishin Jupiter”. Since then, Karl and Suzanne have used that name for things they try and fix up.

“It’s this thing in you have in your vision, and others may not see it, but it sparkles,” Karl said.

One major thing about going out there is nature. It is on the Keya Paha river and there are ponds around the place. There are forests everywhere, some larger than others, with deer by the dozen.

Nature is not all good, however. In spring of 2019 rivers flooded all around the Midwest. The river that goes through their property was frozen, it was twelve or fourteen inches thick. When it flooded the ice was pushed up onto land, destroying fences and trees. A bridge was even taken out. The ice was pushed so far onto land you could not even see the river, and it got to some truly strange places.

“I open the door to a machine shed are ice chunks as big as a table inside the shed. Don’t know how they got there. You start thinking its so great that nature can do stuff that just flummoxes you,” Suzanne said.

There are a number of remarkably interesting locations that they have found around the property. They live in a house at the end of a half mile long driveway, which they have fixed up. up. There are about five acres of prairie dog town. They found an old dugout house that was abandoned long ago. An old rusted school bus is sitting near the river. They say some of the previous owners used it as a hunting lodge.

“There is an old farm that used to be separate . . . it’s interesting to look at that stuff and try and imagine how anyone could have made a living out there or raised a family. There is just a lot of history,” Suzanne said.

The isolation of the ranch presents many challenges. The nearest town is about 30 miles away, so they cannot just pop down to the hardware store. There is no cell phone coverage, the only way to get a signal is to go up on a hill. Sometimes it rains a lot, and the mud makes it impossible to get in or out. The summers are a lot hotter and the winters are a lot colder.

“Our toilet froze two winters ago so you couldn’t flush the toilet. You had to go squat over a log or something,” Suzanne said.

Having a ranch is much more than it may seem on the outside. “On a farm you alter nature. On a ranch you can really find nature as it is,” Suzanne said.