Junior plans to run half marathon in April 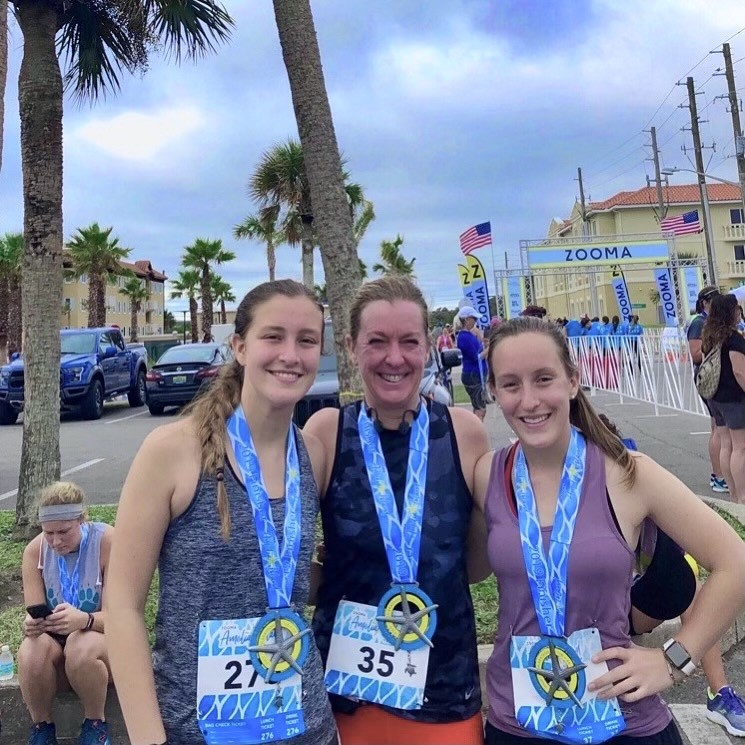 According to Smithsonian Magazine, 2 million people run half marathons each year. Junior Amelia Collins, will be one of these individuals later this spring to run a half marathon.

Collins, a member of the cross country has been running since she was eight with her mother who is an avid runner.

“My mom always tried to convince me to do 5ks with her. I did a turkey trot when I was about eight. That was my first 5k but I have some color runs and turkey trots over the years,” Collins said.

At the beginning of February, the junior started training for a half marathon which she will attend at the end of April in Sioux Falls. This will be her second half marathon, the first one she ran last year in Florida at Amelia Island. She has run all of these half marathons with her mom.

“I am running this marathon with my mom. We normally train together when she is not at work. She is actually the one who showed me half marathons and convinced me to do another one with her,” Collins said.

The junior expressed how difficult training for half marathon is. Her first half marathon she did not train for so she is hoping all this training will pay off in the end. She will train through February to April before her half marathon.

“Beginning February 1st, I started this training schedule where you work put five days a week, and you have one day of cross-fit training. I like do Peloton classes for my cross training day. You do three, four, five mile runs during the week and then on the weekend on Saturday you do what is called a long run. It is a 12 week schedule so each weekend the run goes up by a mile,” Collins said.

The training is what she believes to be the downside of the whole process of the half marathons. Collins has a busy schedule with school and work which makes it hard for her to complete workouts each day. She also stated due to the cold weather, the drive to go run is harder.

“The hardest thing about training is finding the time to do the runs. I feel like I have a really busy schedule and sometimes I just really don’t want to do it after days when I have been working or at school. It is hard to find the time and motivation to go on runs when you just aren’t feeling it that day,” Collins said.

Even though the junior has been running for a while, she believes she is going to wait awhile before trying to attempt a full marathon. However, she still really does not know what the future might hold for her.

“For right now I am sticking with half marathons. One day I will probably do a full marathon. I don’t know though, 26 miles is a lot so we will see,” Colins said.

The junior enjoys half marathons and running because of how much satisfaction she gets after completely a race. She believes it is very motivating factor when training.
“When you finally do the race, it is very rewarding. The training is not fun so when you finally get to doing it, the race is not that bad. At least for me, the last time I did a half marathon, it wasn’t too bad during it. At the tenth mile, because I had not been training, my knees were in a lot of pain. I am hoping this time because of my training I won’t have the problem as much,” Collins said.

However, the junior enjoys half marathons more than her high school cross country meets. She believes they are more scary.

“Honestly the half marathon was not even the toughest thing I have done,” Collins said. “My first cross country meet was 100 degrees and I had never done super competitive running before. It was so rough and felt like a battle field. There were people collapsing and throwing up everywhere.”