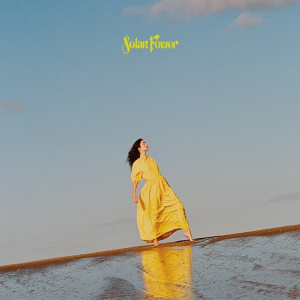 Lorde finally met her fans’ cries for new music with the drop of Solar Power, her third studio album. The New Zealand artist released the namesake of the album on June 11, 2021. Being a more upbeat and sunshine-y track than much of her previous music, fans were looking forward to this new style of Lorde.

The entire album dropped on August 20. She worked on Solar Power with Jack Antonoff, who is quickly becoming recognized for his contributions to the music industry, and whom she produced her second studio album with in 2017. Lorde also decided to solely release this album through electronic means for environmental purposes.

The record consists of 12 songs, sits at 43 minutes and 13 seconds, and contains no features. It kicks off with “The Path”, in which Lorde discusses the false notion that celebrities contain all the answers to the world’s deepest secrets. She sings, “Well, if you’re looking for a savior, that’s not me…”. A choir of voices can be heard behind Lorde’s beautiful, crisp tone to add some depth to the track.

“Stoned at the Nail Salon” is the fourth song on the album, and certainly contains some of the most relatable lyrics for many of Lorde’s teen fans. It’s about the passage of time and the strange experience of getting older. Lorde sings, “And all the times they will change, it’ll all come around / I don’t know / Maybe I’m just stoned at the nail salon…”. The lyrics are magnificently tragic by themselves, but the chilled guitar in the background makes this song even more ear-catching.

In “Fallen Fruit”, Lorde gathers the young souls and reminds them that power comes with solidarity. She sings, “And we will walk together, psychedelic garlands in our hair…”. She is also blaming the older generations who have caused climate change to reach such a destructive status. Ominous bass and electric synths tie this moody song together.

“Leader of a New Regime” piggybacks of off the theme of environmental degradation and is set in the future in a sort of apocalyptic world. Lorde calls for a new leadership under a fresh order because “lust and paranoia reign supreme”.

Lorde released the third single off the album, “Mood Ring”, on August 17. She breezily critiques the authenticity of wellness culture with lyrics like, “I can’t feel a thing, I keep looking at my mood ring. Tell me how I’m feeling, floating away, floating away,”.

In reference to this song, Lorde wrote, “It’s full satire, inhabiting a person who’s feeling really lost and disconnected in the modern world and is trying to feel well, however she can. I felt like so many people would be able to relate to that. It was funny and gnarly to write. The melodies and the production were a great blend of that early-2000s sound and then that kind of Age of Aquarius energy. They both very much had to be present on this song.”

Lorde stayed consistent with her past songs filled with intimacy and depth, but she built on her old style by incorporating a level of maturity fans hadn’t seen from her before. She traded innocent coming-of-age tunes for a raw look at her inner self. For fans who may not be ready to embrace this new version of Lorde, she has one thing to say: “Come one, come all, I’ll tell you all my secrets.”