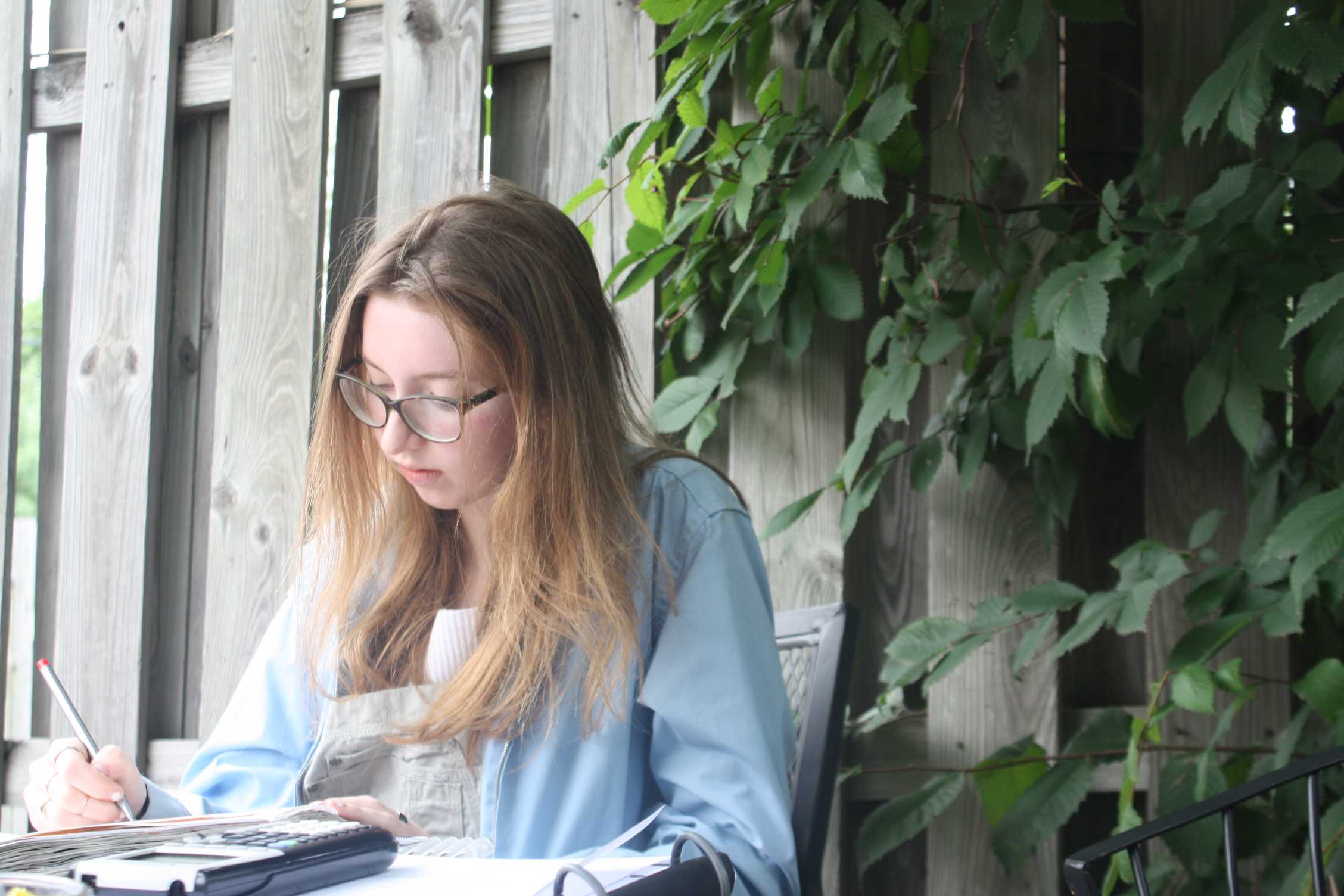 Being even remotely successful in a mid-market city containing an under-appreciated art scene is an extremely difficult feat. Native Omaha artist Carolyn Hoover, senior at Duchesne Academy, created a social project titled “Youth of Omaha” to highlight the opinions, ideas and essence of Omaha’s youth.

Hoover was inspired by the social media account titled “Humans of New York” (HONY) calling it “eye-opening and informational”. She also focused some aspects of her project on an Old Market based photographer’s own project titled “Faces of Omaha.”

Another one of Hoover’s inspirations for the project is Kent Bellows Art Studio. She said, “Just being in that space, I never really knew other people outside of my high school until I went there and just being there and realizing that there are whole other cultures…” The studio serves as a great podium to get her project to reach people.

Youth of Omaha uses Instagram and Twitter as a platform. On Instagram, she has over 750 followers; on Twitter, almost 2,000. These numbers are quite impressive considering Hoover isn’t following anyone on either medium. Additionally, Youth of Omaha continues to grow and evolve on both accounts.

“It’d be really great to get teens and young people to [participate in the project] because: 1. We’re all on social media and 2. There’s not really an overall interaction between different high schools or in general. This [project] kind of combines all of that and puts us all together…I thought this would be a good opportunity to experience Omaha through different people,” says Hoover.

Hoover wanted to incorporate concepts from both HONY and Faces of Omaha by taking photos of people and then getting a quote from them. She has a list of prompts for the people she approaches to choose from and answer. For example, “What’s on your mind?”, “What’s your favorite scar and why?”, “What is something you would tell your past self?” or “What do people not expect about you?”

Featured on the accounts are several Central students. Two of whom are brother and sister, Michael, a senior, and Michaela Galeski, a sophomore. They were some of the earliest individuals to be introduced on Youth of Omaha.

The Galeski’s, who are friends of the Hoover family and admirers of the project, were approached by Hoover on a Sunday after church. The pair said that they were extremely caught off guard and had no clue what to say. Eventually, they decided on a statement referring to what annoys them in regards to each other.

“It’s an interesting account,” said Michael, “It’s trying to profile the kids of Omaha…and prove that Omaha is a diverse group of people.”

One dissatisfaction with the account, though, according to Michael and Michaela, is that Hoover tends to interview only people she knows, which she has already recognized. “She mostly profiles people she knows and people in art classes. I think she should just go to random people,” says Michaela.

Conversely, student Owen Zahm, senior, good friend of Hoover’s and fellow member of Kent Bellows Art Studio, believes that Youth of Omaha is solely Hoover’s project and if she decides to only feature people she knows, so be it. “At the moment, I’m pretty indifferent towards it…I think it’d be cool to get a broader understanding of all of the youth of Omaha…[but] to me, it’s Carolyn’s project and it’s a cool project and I like it and she should just let it flow…” he said.

In response to the lack of diversity in her project, Hoover said, “I try to keep it objective…the people I approach may include bias because I talked to people I know or people I found interesting.” After all, maintaining an extremely popular social media account with high expectations but also ensuring it’s still an individual project can be difficult.

Zahm and the Galeski’s aren’t the only ones who adore Youth of Omaha. For example, one Twitter user said “Love the @youthofomaha account I just looked through them all and it reminds me that [there] are so many bright and ambitious people in Omaha.”

In regards to what the overall message Youth of Omaha is trying to convey, Hoover says, “I think that it’s really important to see all the different things everyone is doing and I want them [the audience] to appreciate each person as an individual with their own ideas and opinions and not just group everyone into one title or stereotype and everyone has something interesting to tell about”

Hoover says the project is beneficial in a way that she gets to present it in the style she wants and she gets some recognition for her work from people she doesn’t know.

On the other hand, maintaining the accounts and keeping them up to date is a lot of work. It can be very stressful to keep the account up and worry about “the anxiety of getting it right”, but Hoover said “all art and social pieces are criticized at some point.”

Hoover wants it made clear that she didn’t create Youth of Omaha for popularity or status or recognition. She created it to give the kids of Omaha a voice. “There are people out there with different stories and I really wanted to hear those stories,” said Hoover, “I don’t want it to become something that’s about popularity. I just want it to highlight cool people.”

As for the future of the project, Hoover plans to continue working on the project until she graduates in the spring. After graduation, she will most likely pass on the project to someone younger.

Immediately, though, she is considering allowing people to submit their own photos and a quote. People want to see their friends and they want to see themselves. Allowing people to be more involved in the process can create a wider variety of people featured on the account. It will also help Youth of Omaha to expand, reach a broader audience and evolve as a social project.

Also, this fall, Kent Bellows Art Studio plans to feature her project as an interactive exhibit. Hoover says the exhibition will be under the same topic of teenager’s voices being heard and she mentioned the possibility of an open mic night. As of now, no specific dates or times have been set, but the hope is certainly there.