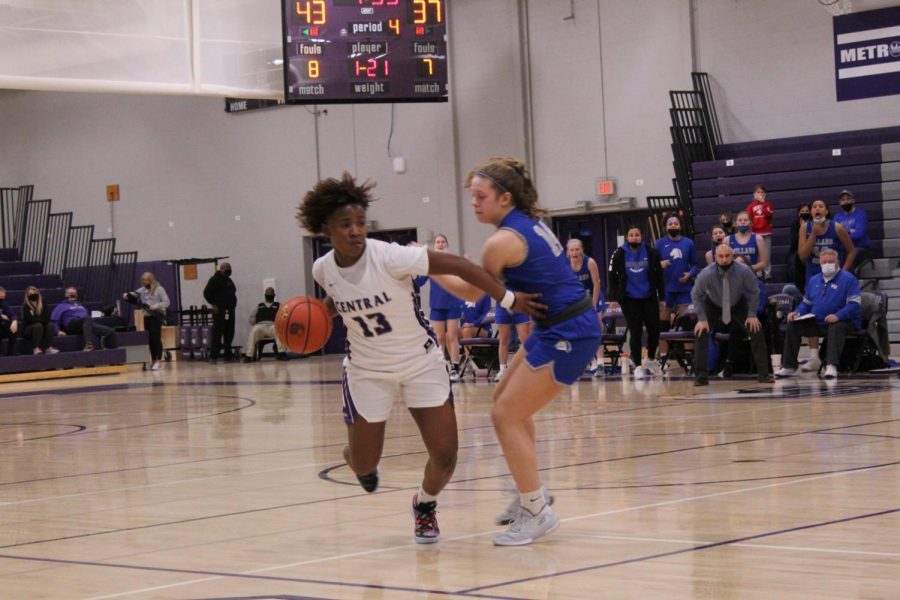 Covid has affected every person around the world but the basketball program still pursued its season. This one, however, included lots of change compared to past seasons.

Risks to the Forefront 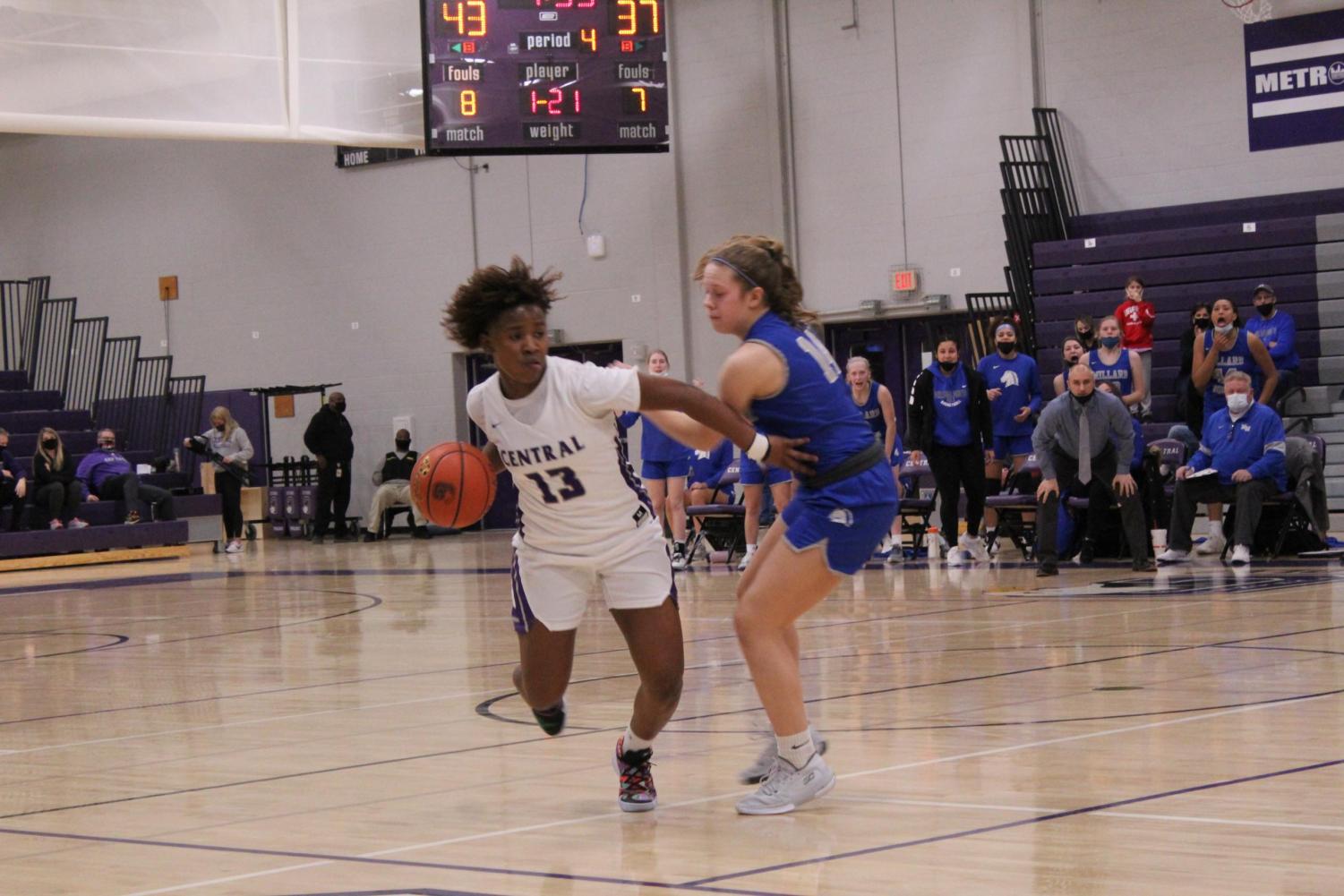 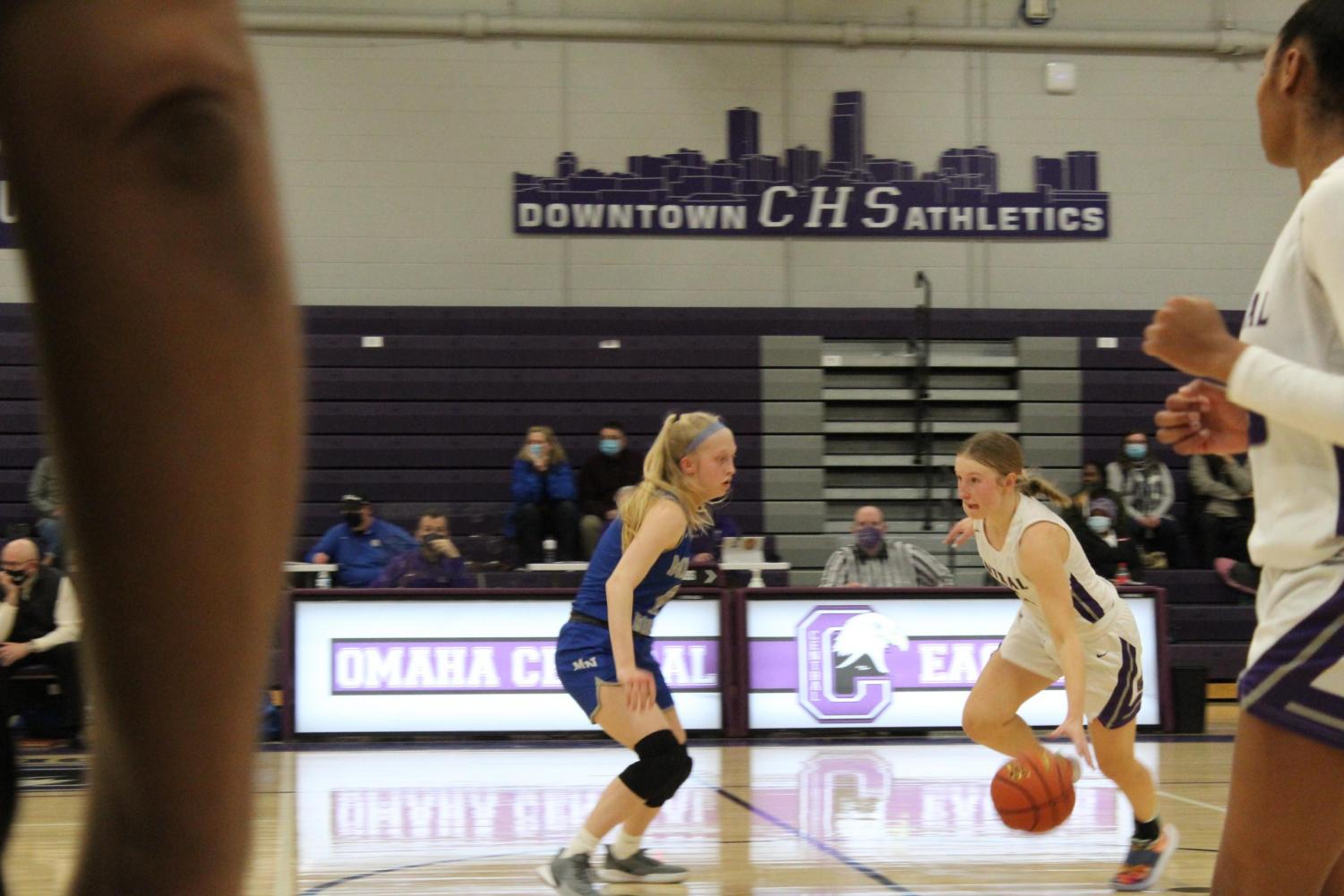 Covid-19 has brought a risk to every edge of the court. From the players and coaches to the fans and staff, risk finds everyone it wishes to.
Covid has put restraints on abilities, thoughts, and feelings. In the case of playing a sport, people no longer just think about the risk of injury but the risk of illness.
Michael Kroupa is the coach of the girls’ varsity basketball team. He has been coaching for 17 years and this is his second year at Central. He takes the risks of Covid very seriously, but he is still in favor of coaching his team.
“There’s no perfect way to do it, but in all athletics or in life there’s inherent risk so people need to make a decision what’s best for them,” Kroupa says. Risks, like he describes, are in everyday life, but is this really a risk worth taking?

Precautions of the Season
The precautions of this season must be different from others and pertain to the virus specifically to keep everyone safe. The district office was responsible for making the rules: masks, sanitizing, social distance, and limiting the amount of people in one space have been the biggest parts of change.
With four teams and the new guidelines teams had to split up. The reserve team practices at a recreational center. This forces Kroupa to be unable to spend as much time with them as he would like to. The freshman teams also practice at a recreational center but a different one.
“Central has a great crowd,” Kroupa states. But this year the crowd was limited as fans have been another factor alternated in the equation. While fans are not completely absent, they are very low in numbers. At home games, Central can have up to two people per roster spot, meaning parents and siblings occasionally attend. At away games, however, only four to six can attend. “If it was a question of having fans or playing, I’m glad we’re playing,” Kroupa says.
The biggest change that has topped all others is the preconditioning season as they did not have one. A slow start quickly turned to a faster pace as the girls continued to learn and improve. Despite Covid and its changes, the varsity girls team is having a very successful season as they are 15-3. Strong women and born athletes are present in the girls, nothing has slowed them down.

Impact of Change
Currently ranked #16 in Nebraska, the varsity girls pose a remarkable team. But there is something special these girls are learning. Kroupa reports on the work the athletes put into the sport and how much the player’s benefit. “You can learn so much from any extra circular.”
The season has changed so much but in one way it stayed the same. “The joy it brings to the young ladies,” Kroupa says.
When talking about the players and students Kroupa describes them as “resilient… they handle it a lot better than the adults.”
Basketball is not just a sport for these girls, it’s a reason to feel something. “I saw a positive impact once we started playing,” Kroupa expresses. He talks about their personality and their growth, they are happy. He also speaks about the risks and if it’s all worth it. “The value of education in the classroom or on the court out way the risk,” Kroupa says.
Coming to the decision of whether to have a season or not is a difficult one but Kroupa gives a “100 percent” yes as his answer. “The guidelines make sense to me, I’m just happy they gave us a chance.”