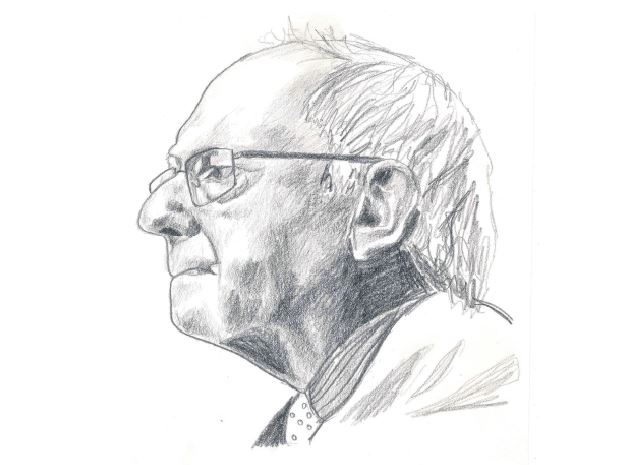 Despite Bernie Sanders’ claim of Scandinavian countries being socialist utopias, they actually maintain more free-market policies than the U.S.

As the months leading up to the 2016 Presidential Elections continue to pass by, the race on both sides of the aisle continues to heat up as well. With Donald Trump leading on the Republican ticket under the banner of deportation and military intervention, the contest between Democrats Hillary Clinton and Bernie Sanders becomes and ever tightening divide between those who want a woman in the White House and those who want a socialist. However, one of many things that the self-described “democratic socialist” seems to misunderstand, is that the Scandinavia he so boldly claims to represent the perfect utopia of socialism actually is nothing of the kind.

First off, even before explaining why the Scandinavian countries are not in fact socialist, but rather are more capitalist than the United States, it must first be understood that essentially as far as poverty goes and the effectiveness of welfare systems go, the two are incomparable. The United States is an ethnically diverse nation of 320 million people, while Scandinavian countries are made up of ethnically homogeneous populations in the low tens of millions. With numerical and cultural disparities such these, it’s not hard to see why the two cannot be compared on equal grounds.

Socialism can be defined as a nationalization of the means of production and government control and regulation of pricing and labor markets. Although Bernie Sanders may claim to oppose nationalization whole industries, he certainly has advocated for more price controls, labor control and regulation of the market place. But what would his favorite land of Scandinavia have to say about that? According to the Index of Global Economic Freedom, Denmark, Finland and Sweden are ranked higher than the United States in business freedom, monetary freedom, investment freedom, fiscal freedom, property freedom and freedom from corruption. Verdict, Scandinavia is actually more capitalist than the “capitalist” United States. Business regulation, even with increasing EU oversight, is more straight forward and less bureaucratic than in the U.S. and collective bargaining is also more common as opposed to federal enforcement.

Bernie Sanders wants the minimum wage in America to be mandated at 15 dollars an hour. Regardless of skill, experience or value produced, it would be evil for a business to pay an employee any less. Would his Scandinavian friends say the same? Once again, no. Denmark, Sweden and Finland all have no minimum wage, and rather have guilds, unions and even individuals that voluntarily negotiate wages with employers and all the government does is enforce the contracts.

Within Europe itself, the seven countries without minimum wage laws have unemployment rates that are two-thirds what their minimum wage possessing counterparts have, according to Eurostat. This is without even mentioning ultra-capitalism Switzerland that maintains the continents lowest unemployment rate, and once more, no minimum wage. The countries without minimum wage laws also obtain higher wages for their employees, as employers tend to deal better with individuals or groups of individuals voluntarily working together rather than government bureaucrats who are given the power to enforce their will with arbitrary force. Again, Bernie Sanders seems to wrong about Scandinavia.

One aspect of the Nordic economic model that has gone alongside its highly capitalist approach to markets has been high individual taxation in order to support cradle to grave welfare systems. The Scandinavian countries have some of the highest individual tax rates in the world going all the way up to 60 percent of a person’s income, which is then put mostly into the government run health systems or pensions. However, due to aging populations and the arrivals of many non-Scandinavian peoples, the welfare systems of the countries have been put under consistent stress and in many cases have led to less “generous” benefits and a de-escalation of the welfare state itself. Both Denmark, Sweden and Norway have had to cut into pensions, decrease unemployment benefits and also require beneficiaries to take employment training and actively seek it.

Sweden, once the poster child of successful socialism, and still praised by Bernie Sanders today, again doesn’t want Mr. Sanders to speak for itself, as it is hardly the socialist paradise he claims and actually represents everything the man claims to be against. Sweden’s energy, telecommunications (Bernie likes Net “Neutrality”), postal service and public transportation have all been massively deregulated and either partially or wholly been privatized as well as with former state monopolies.

Swedish schools have a voucher system which has proven to be quite successful in forcing state run education facilities to compete with private ones in order to increase the level of education provided, and even the Swedish healthcare system, which had once been the single payer model to emulate, has drifted away from its founding. Led by doctors and nurses unions due to low pay and long hours, many private alternatives to government care have been founded and are becoming more widely available. Even St. Goran, one of Stockholm’s largest emergency hospitals, is listed on the stock exchange as a private company.

Although as with all of Scandinavia, taxes on individuals remain high, in Sweden as well as the others, taxes on those evil corporation are far less than they are in the United States…A fact that Bernie seems to forget to mention when he says the U.S. should be Scandinavia.

While corporations pay around 36-40 percent income tax in the U.S., in Sweden they pay 22 percent, and no more than 30 in the other Scandinavian countries. Also, there is no inheritance tax and Sweden maintains a Competition Authority to prosecute bureaucrats from restricting full and free competition in the market place. Sorry Mr. Sanders, but that doesn’t sound too socialist.

Even the government of one of Bernie’s “socialist utopias” rejected the senator from Vermont’s rants in a speech to Harvard University last month where the prime minister of Denmark Lars Lokke Rasmussen said, “I would like to make one thing clear. Denmark is far from a socialist planned economy. Denmark is a market economy.” Yes, it may have some socialist aspects in its welfare state, but those can only exist because it became wealthy from its free market. In fact, due to the heavy taxation of Scandinavians, if the countries were American states, they would actually be some of the poorest, as Americans have, on average, much higher disposable incomes.

It has been said that once a man has satisfied his thirst he turns his back on the well. The same applies to Scandinavia, which became wealthy through the free market, and then established high taxation and welfare states. However, as recent years have shown even these are changing to match the freeness of the market itself due to their being unsustainable.

So basically, Bernie Sanders wants to United States to be exactly like Scandinavia in every way except the ones in which that allowed it to have welfare states in the first place. He wants high taxes and socialized medicine, but not the deregulation, privatization and loosened labor constraints that have made those countries so successful and came before the welfare state. Ironically enough, even as Bernie calls for an expanded welfare state, Scandinavian countries reduce theirs and expand the private sector. Why? Well because welfare states aren’t solvent.

All in all, to Bernie Sanders calls for America to be like Denmark or be like Sweden, the answer from lovers of liberty everywhere must be a resounding yes! Let us be as economically free and as noninterventionist as they are, take heed to their corresponding reductions in both taxation and also entitlements, and follow the words of the wise Bernie Sanders, just not at all in the way he thinks. Just as in The Princess Bride, when Bernie Sanders says, “The U.S. must be more socialist like Scandinavia,” the only response may be, “You keep using that word. I do not think it means what you think it means.”