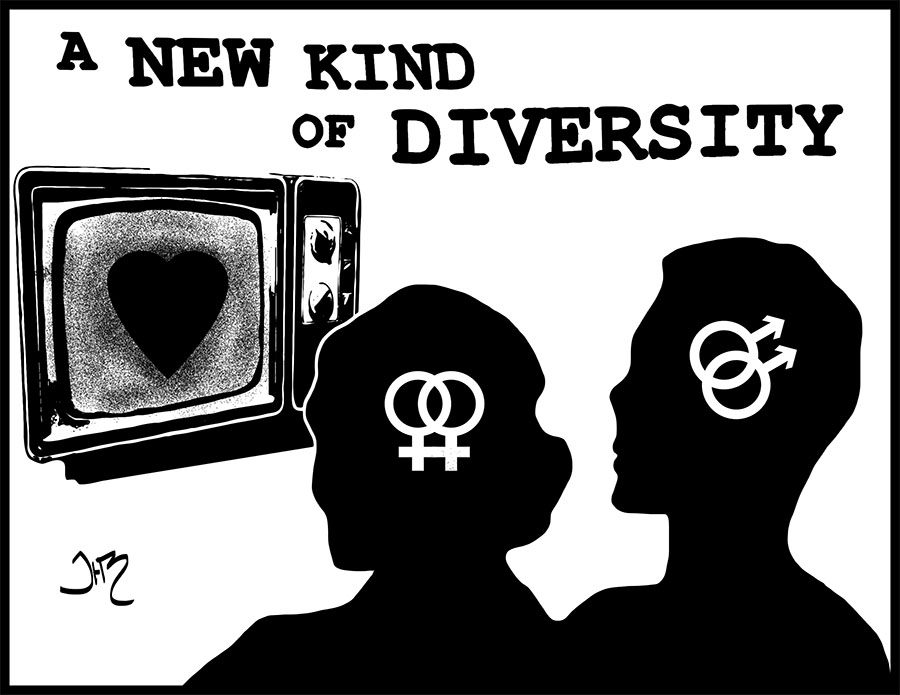 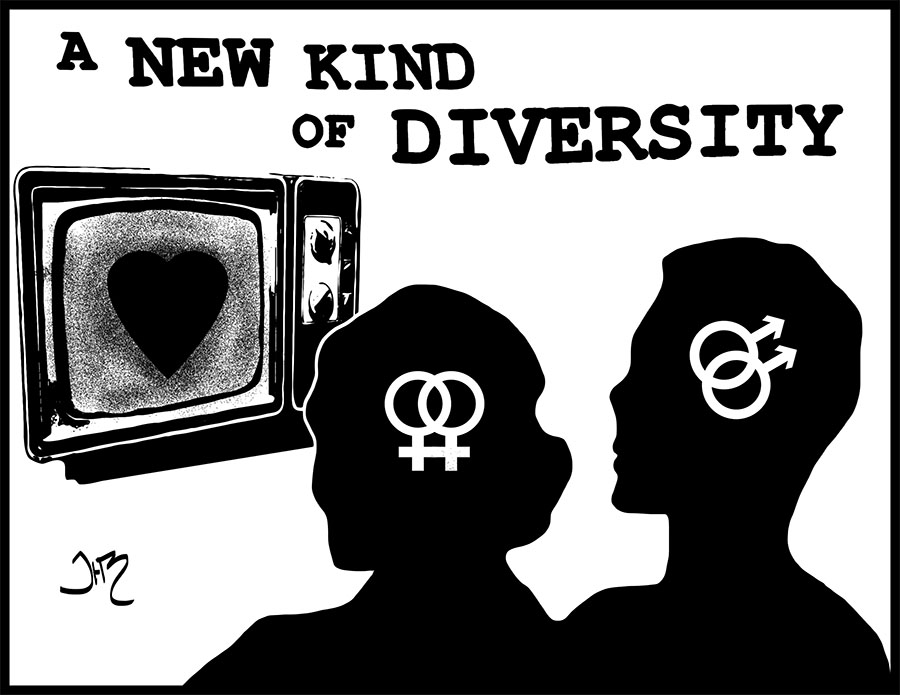 With the recent changes in politics, many new, and some old, issues have risen concerning the LGBT community. Amongst bathroom bills and athletic classification, there is the debate of adding queer characters into television shows meant for children. LGBT characters have been popping up on Nickelodeon and Cartoon Network since the 1990s. Recently, more and more parents and guardians are noticing these queer subtexts and taking offense, saying they don’t want their kids being exposed to such mindsets at that age.

Though Central students may be a bit out of the demographic for these shows, some of the programs are very popular among younger children. Cartoon Network’s “Steven Universe” is well-known for its LGBT representation. The program about personified gemstones battling alien warriors is popular among young boys and girls alike, as the large majority of the characters are presented as female. Many of them have clearly displayed relationships with one another. The Nickelodeon show “The Legend of Korra”, a spin-off of “Avatar: The Last Airbender”, revealed at the end of their last episode that the protagonist and her female friend were dating. These shows are marketed towards children in elementary school, yet they tackle some more mature themes, one of which being gender and sexuality.

While most Central students aren’t parents, it doesn’t stop them from being very opinionated about topics such as these. Junior Alex Truesdell stands on the pro side of whether or not to show LGBT characters in children’s shows. “I think it’s good,” she said, “It’s important for children to know that being gay is fine even if they don’t have that influence on their life normally. I think that a lot of people are doing really poorly about that and I wish that would change.”

Sophomore Jacob White has his own views on the subject. “What I really disagree with is implementing any politics into kid’s TV shows,” he said, “It’s more about learning the basic

Of course, no one is forced to watch Cartoon Network or Nickelodeon. If parents don’t want their children to see LGBT characters, they can simply switch the channel. However, some families aren’t that lucky. Lower-income families may not be able to afford cable or Netflix and may rely on public broadcasts such as PBS to entertain. So, should anything as controversial as queer rights be put on public television?

“As far as … the Corporation for Public Broadcasting, I don’t think [LGBT issues] should be in there at all,” White said, “Private television corporations, they can do what they want, you can choose to watch them or not. But as far as publicly funded, I don’t believe that’s something that should be implemented in there.” It seems some people don’t want their tax dollars going towards something they don’t support and don’t want their families exposed to.

Truesdell falls on the opposite side of that argument. Some may remember the recent episode of Sesame Street in which they introduce a transgender puppet. As Truesdell put it, “God forbid that you show your children people being decent human beings to each other. I get that some people may claim that their religion says that’s a bad thing … If you think that this is a problem, that you’re spending your taxpayer money to show your kids people being nice to each other and accepting their differences … If you’re upset about that, maybe you need to be watching Sesame Street so you can get over your childish tendencies.”

For many people, whether to see these shows as a fun, arty cartoon or as a leftist political agenda is a large issue. After all, one of the freedoms Americans have is the ability to choose their own political alignment. White believes that queer characters force leftism on the youth.

“…they haven’t formed their political opinion,” he said. “Everyone has the right to believe in what they believe in and I don’t believe we should be indoctrinating our kids to believe a certain way via cartoons. That’s an opinion that they should be having on their own through actually engaging socially with other people.”

Truesdell, however, has a different stance on the politics of these cartoons. “It is art,” she said, “First and foremost it’s art. But art has always been about pushing some sort of political agenda … It’s art but it shows and supports a political view that I think everyone should have in this day and age.” Those political views Truesdell referenced are the “basic human rights” that some of these cartoons teach as far as acceptance.

This is clearly a divided subject. Even teenagers have strong opinions on a topic many would write off as being a parent’s issue. In the end, whether it’s a children’s show or not, or maybe even because it is for kids, what goes into these programs is a big deal. Shows like Steven Universe are created to entertain young views and implant them with life lessons. How to be kind and accepting is infused in the plot and some will say that with these lessons, creators sneak in their own agendas. The only thing that’s clear is that these shows are getting high ratings that aren’t going down anytime soon. If the creators are infusing their personal beliefs into their creations, someone likes it.