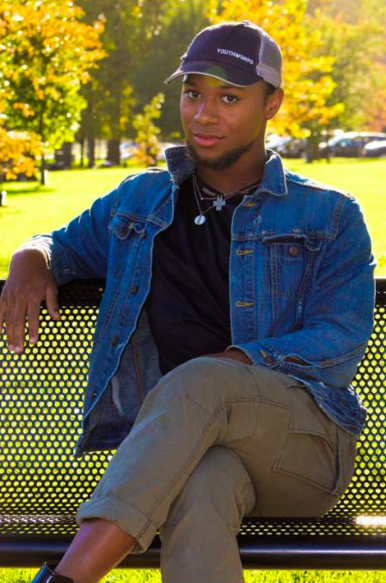 Orestes Cooper is honestly one, if not the most known student of Central High School. When he is mentioned people often credit him for his outgoing personality, his kindness, confidence, athleticism (as he is a member of the swimming team), and his fashion sense. Orestes Cooper is the student body president for the class of 2019, he decided to run for this position after “wanting to make a difference and showing the world something new”. As a black, gay, liberal man, Orestes is able to represent minorities in a way that is highlighting leadership excellence.

During his run for senior class president he struggled with self-confidence, “Honestly, the hardest part about running for me was being confident in myself enough to know that I’ve done enough, that people like who I am, that people accept me for who I am, and knowing that the person who I have become is good enough for people to vote for”. His outgoingness and extroversion aided him and gave him the courage to be able to fulfill his campaign, “I like talking to people, I will never shut down a social event… I get my energy from being around people, that just really helped me propel and keep it going”.

As class president Orestes wants to focus on the community aspects that makes Central, the school it is, “Central is a very diverse school with many different people but I feel like and with the eagle abcs behavior and community we sometimes lose the community aspect and the fact that, we’re all so different, but we can all so much be the same.”

In his presidency Orestes is able to recognize that his accomplishments in his role cannot be done on his own. “I wouldn’t say that ‘I’ve’ done anything, on my own. We’ve done, the council, put on the pink tie dye event (helping to raise awareness for breast cancer.) We’re currently working on things for winter formal, we’ve gone to a lot of foundations events which have helping get our names, and central’s out. We’ve done a lot with the new addition, you know getting it ready for students and it’s been awesome.”

After high school Orestes plans on going to either the University of South Dakota or the University of Nebraska at Lincoln and majoring in exercise science, “my main goal in life, at least career-wise is to get injured athletes back on the court.”

For juniors who are thinking about running for office positions for the class of 2020 Orestes offers some advice “Don’t close yourself off to people, people think it’s so easy to say ‘I don’t like that person’ or ‘I don’t know that person, I’m not gonna give that person a chance’ give people a chance, give people an option, give people space to grow. With that being said be able to you have to be outgoing, you have to let people in too, it’s easy to close people out but it’s also easy to close yourself in. Stay open minded, people are different, people have different opinions than you but that’s what’s make them different, that’s what makes them special.”

Orestes opens up about his struggle with his self confidence, “When people tend to be looked at as differently and when you identify as differently as the social norm, it already puts you out there, it already has all eyes on you. I would say being black and gay was hard to overcome in a sense, that I have to love myself and I love all my eagles at Central. You get love if you don’t give love and that’s exactly what it is.”