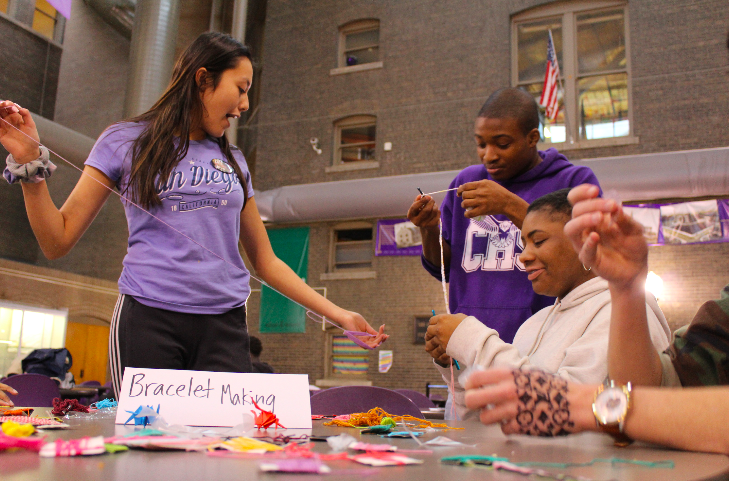 At 3:05 on a Tuesday afternoon, the typical scene at Central High School shows students pouring out of the building with their phones in hand and earbuds in. Instead, on January 15th, nearly a hundred students pile into the courtyard to play games, eat and talk to one another. A few members of Central’s student body are tackling a tricky generational issue: cell phone obsession.

The project was brought to fruition by three ambitious sophomores: Anna Festerson, Olivia Gilbreath, and Lucy Stavneak. Stavneak brought the idea to light from the blueprints of Central graduate Howard Kutler. “He purchased our websites domain name and has provided some financial support”, Gilbreath explains. “He told us to take the idea and develop it in our own way”.

Since, the project has grown from inside the walls of the marketing classroom to city-wide recognition. A moving billboard placed prominently on 40th and Dodge showcases their logo to commuters; local lawmakers have brought attention to the issue and organization. What matters most to the organizers, however, is resonating with the student body.

The Live Life Eyes Up Day celebration is the kickoff to what students hope will be the first of many events of its type. While Gilbreath was pleased with the first event’s turnout, she thinks there is still room for improvement.

“I’m hoping that we will be able to get more students to come to the following events.”, she exclaims. “I’d like to see new faces”.

For the marketing moguls, the toughest challenge is finding a way to market limiting technology to a generation that is often regarded as technology-obsessed. “Some of our peers have shown great interest in our project and have really worked hard to lower their screen time. Some have ignored it or acknowledged it without trying to change anything.”, says Gilbreath. “It all depends on the person and what they are motivated by. We need to figure out more strategies that engage more people”.

While the organizers will expand their outreach onto a national stage within the next portion of their project, they are currently most focused on bringing together Central’s student body in an effort to live life away from their devices.

Is everyone capable of drawing?

It is clear that some people are born with more artistic ability than others, although many people have the misguided idea that only those born with n...

Kanye West has been internationally recognized since his debut with Roc-A-Fella Records in 1996. He has made albums upon albums, targeted toward a spe...

Are skinny jeans going to kill you?

Skinny jeans: the staple piece in the closet of every member of every family in Omaha. They go with everything! Suck it in! (Both common reassurances)...

Senior wrestler Emilio Haynes is taking on his last season. He has achieved 114 wins during his four years at Central. Almost equally important, he ha... 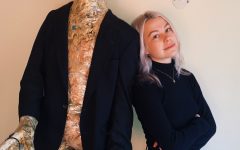 Crack Epidemic vs. Opioid Crisis: how the country has dealt with drug epidemics then and now

The United States is in the face of a present-day drug epidemic: the addiction and abuse of opioid medications. The country experienced a widespread a... 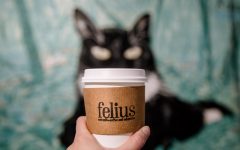 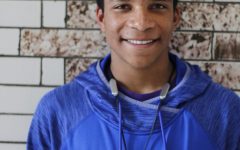 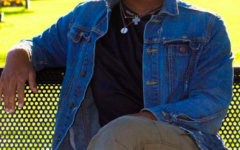