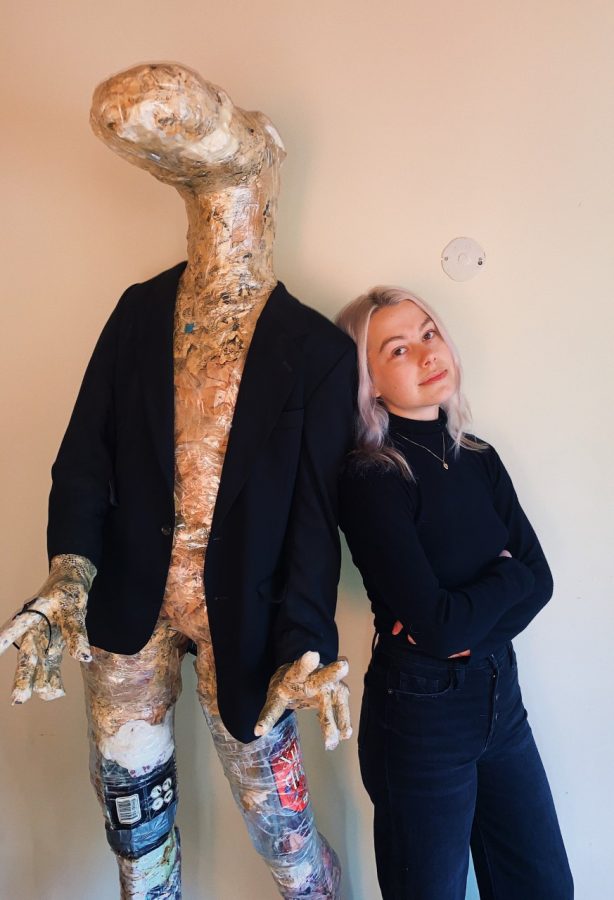 “It’s definitely going to be a departure for sure,” said musician Phoebe Bridgers, who will be releasing her second album next April.

It will be her newest record since her debut album, “Stranger in the Alps”, in 2017. Since then, she has worked on many other projects such as “Better Oblivion Community Center” with Conor Oberst,  “boygenius” with Julien Baker and Lucy Dacus, and has also worked with the National on some songs. She finished recording the new album in early Oct. and has just finished mixing it with producer and engineer Mike Mogis.

Bridgers said that the biggest difference between the songs on the new album and those on “Stranger in the Alps” is the age of the songs.

“The first song I wrote on that album was when I was in high school, and the last was when I was like, 20,” she said. “The songs on the new one could only be three years old, at the oldest, and I actually like that so much better.”

She also said that the new album will cover some of the same topics as the old one, just more elaborated on.

“There’s one about my dad- who I don’t speak to, there’s also one or two about alcoholism and watching people in my life struggle with it,” she said. “There is also one about Elliott Smith, which is kind of funny. Like if he were still alive, would he hate me?” Bridgers said that she is a “crazy super-fan” of musician Elliot Smith, and wonders what her relationship with him would be like.

There will also be a lot of collaborations with this album, more than the last.

“We recorded at Sound City, which is a very famous studio,” she said. “So famous in fact, that it was annoying to record there. Like, they recorded “Nevermind” by Nirvana, and like every Tom Petty record and a bunch of Fleetwood Mac. Like a bunch of crazy stuff.” She also said that because the studio was so famous, people would often show up out of the blue and expect the band to give them a tour.

The last tour Bridgers went on felt “never-ending,” and quickly became unenjoyable. However, she is ready to give it a shot again.

“I feel I’m trying to gain perspective because at the end of the last tour I was like ‘take me home, I want to do nothing,’” she said, “And now I just want to go on tour and have a life again. I am excited to be able to take breaks throughout this tour and be able to enjoy both.”

To start her writing process, Bridgers will use her notes app in her phone.

“Basically, like sad tweets, you know? Like stuff I think of throughout the day,” she said about her notes. “I use that as a prompt. Then I sit down and write and usually I’m like ‘this sucks’ and then I wake up the next day and I’m like ‘that was actually great.’” She also said that she wrote a melody for one of the songs in a dream and recorded herself humming and said, “It’s actually a hilarious voice memo.”

On occasion, heightened emotions can make writing difficult for Bridgers, and she has to disassociate to think about her writing in a smart way.

“Sometimes I’m so emotional, what I end up writing is like a Taylor Swift song, where there’s just too many actual facts, and nothing is veiled by any sort of nuance. And sometimes that’s good,” she said.

“Most recently I wrote a song about a friend who is going through a hard time,” Bridgers said. At the time she did not even realize that was the case, and now it is her new favorite song from the record.

Her favorite part of the song writing process is once it is completed. “I love finishing a song so much. It feels great, especially when you’re proud of it,” she said. On top of that, she adds that the day of release is also very gratifying. Bridgers enjoys lying in bed and watching people listen to her music for the first time.

She also enjoys when things take a different direction than intended, and it turns out amazing.

“There was a slower folk song on the album, and we sped it up in the studio and it sounded awesome,” she said. “I thought I just had ten really dire, sad songs and it’s a relief to have a change in pace.” That song is now the single of the album.

Back in 2016, Bridgers recorded her first album at Another Recording Company in Omaha, with Michael Mogis.

“The last record was so hard to mix because I took it out of the hands of the producers and was making a lot of decisions that they did not approve of,” she said. “It was really rough. Like I cried on the phone with them. There was a point where I literally I got down on my actual knees in Conor’s living room and grabbed Mike’s hand and was like ‘please do not quit this album, I really need you’ and then we did it, which was great,” said Bridgers.

“I wanted to work with someone else so I could take it out of the producers’ hands and like, mute s***,” said Bridgers.

When Bridgers initially decided to work with Mogis, it was because she felt as though she was not in control with the two producers in Los Angeles.

“A part of it was my fault. I would be like ‘Uh yeah, totally’ just because I was intimidated and be lying and completely hate it,” said Bridgers.

“I called out the producers for undermining me, because they wouldn’t undermine me if I wasn’t a twenty-year-old woman,” said Bridgers. “Then they both profusely apologized and are now almost performatively nice and great about this process.” She said that she thinks they love it, but that they are not always genuine with each other.

Mogis, who is mixing Bridgers’ second record, said that mixing is taking all of the instruments that are recorded on their own individual tracks and blending them together into one stereo audio file.  When there are many tracks, this can take some time.

Mogis said, “The song of hers I’m working on right now happens to have 96 tracks, and I am bouncing it down to one.” He said that on average, it takes about one day to mix an entire song, because it takes time to communicate with all the co-producers, who are in different states.

Bridgers’ first record was mixed here in Omaha, as well. “I had just met Phoebe at that time, and it started off a little rough,” Mogis said.

Mogis said that there was not good communication between them and the producer in Los Angeles at the time, but once that had been sorted out, it became more fun.

Mogis enjoys working on Phoebe’s records because he believes she is generally a better songwriter than some of the other people he works with.

He also believes she has a good sense of melody and voice. “It’s all of that put together. Those are the key ingredients to like a good song: good writing, good melody, good voice, good chord changes, you know? That’s just what she has.”

Mogis’ initial reaction to the new record was, “It made me cry. It made me think, it made me emotional. She just has that capability, to where you can think about people in your life and put them into the song. Sometimes it’s a sad song, and it makes you feel.”

As far as the difference between the old and new album goes, he said, “It’s got a bit more variety in the styles that she’s writing in. It’s a little bit more adventurous and it kind of goes to places that her other record didn’t.” He said her other record was a little bit sparer. “It was a lot of just her, and maybe one other or two other instruments or people playing with her.”

He notes that it is a step up from her last record in production and instrumentation and will ultimately do even better than “Stranger in the Alps.”

“She came out of nowhere, for that record,” he recalled, “Now she’s established herself, so there’s going to be more attention to it.” 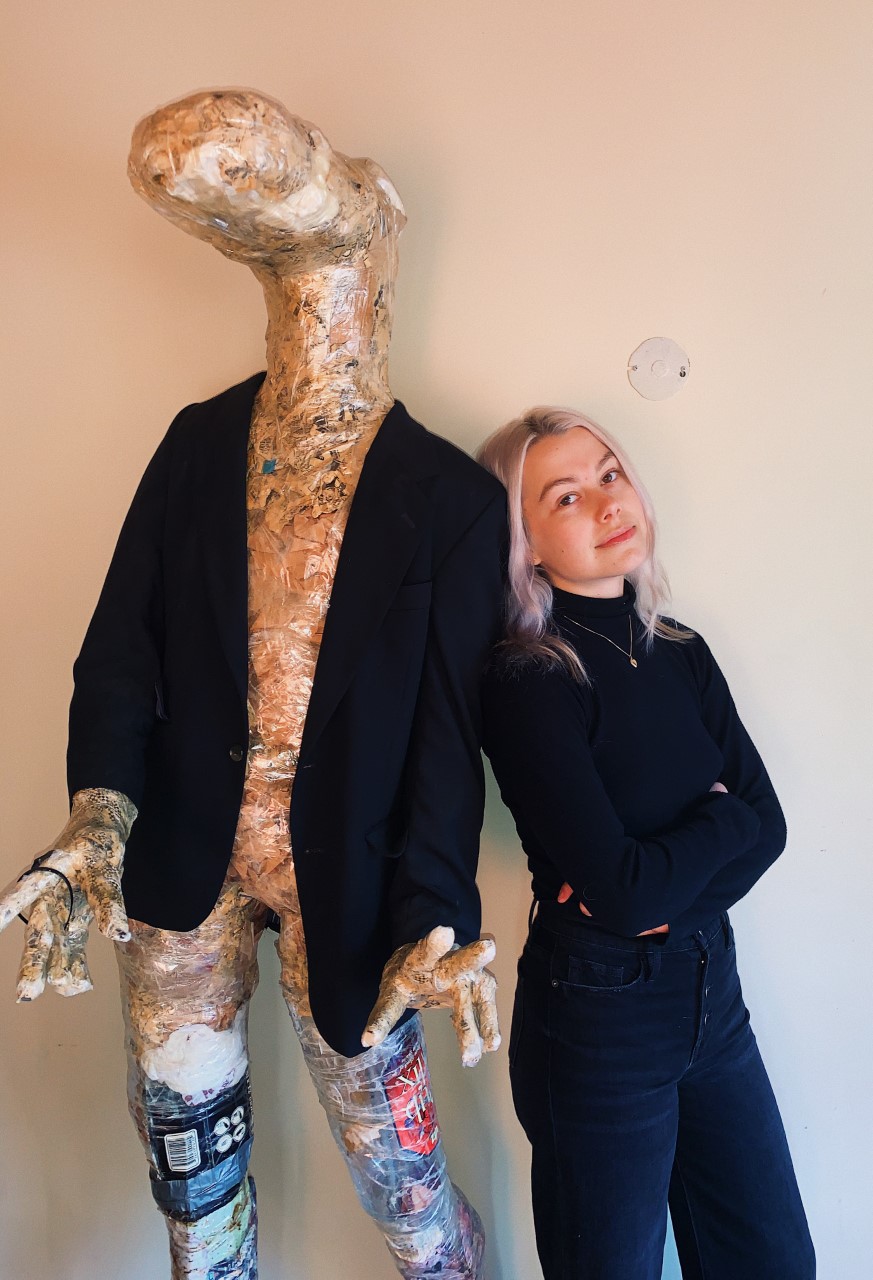 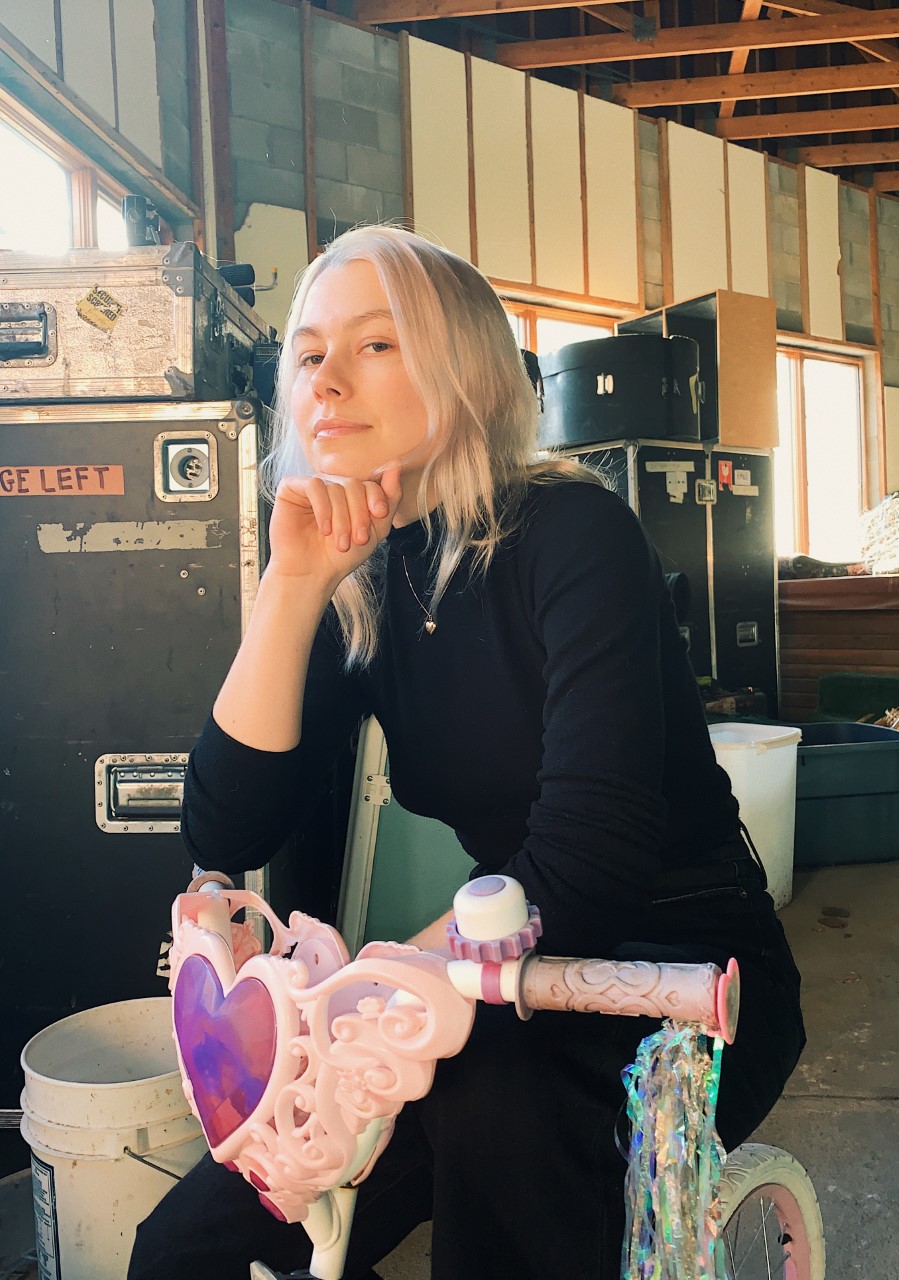