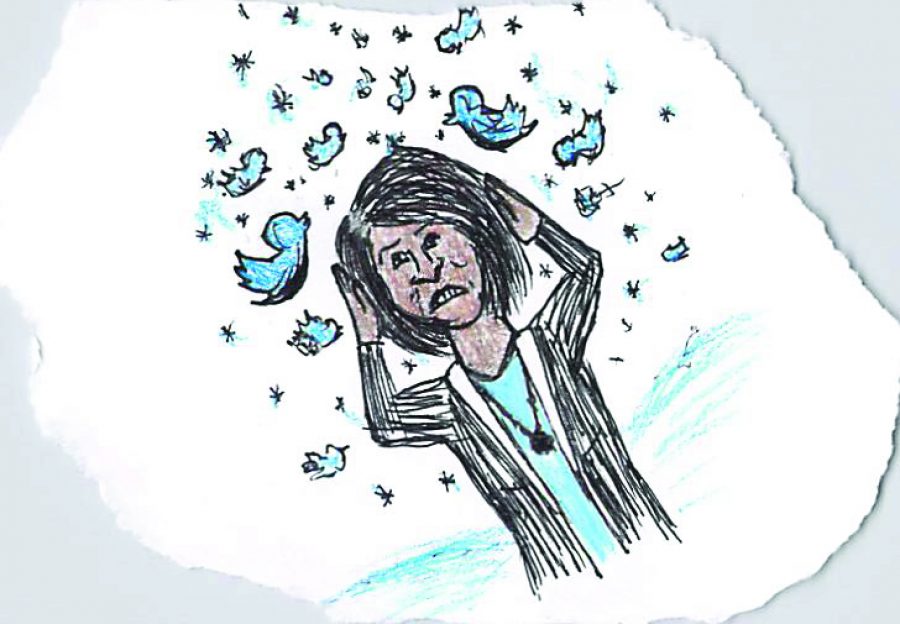 Blocked by the boss

Superintendents should be barred from blocking students on Twitter

Federal District Court ruled that President Trump cannot legally block Twitter users, as it was determined to be a “digital town hall,” marking the account as a general forum. This means that blocking any US citizen is a violation of their rights, as they may be uninformed in matters of potential national importance as a result.

On a much smaller scale, this principle should also be applied to smaller government offices, including the office of Omaha Public Schools superintendent. Behind the tag “@OPS_LoganSupt” the superintendent frequently tweets announcements directed towards OPS students and parents.

I was blocked by Cheryl Logan as of at least September of this year, though it may have been earlier as Twitter does not inform the user on the receiving end of the blocking when it happens. There is no concrete, direct explanation for this action, although there may be a correlation between the almost constant verbal abuse regarding snow days in January earlier this year.

There was no way for me to determine the date and time for when I no longer had access to her OPS account, there is no knowing exactly when I was no longer aware of the information she released. This effect on a large scale could result in many students and parents being out of the loop without even knowing or having a chance to seek news and announcements form elsewhere.

The “at” (@OPS_LoganSupt) implies that this is a work-related account, since the abbreviation for “Omaha Public Schools” is included in the identification. This would mean that when signed into it, she takes on the role and thus the responsibilities of OPS superintendent. Keeping the student body informed would fall under these responsibilities, and so blocking a student would violate these responsibilities.

However, it’s understandable that one wouldn’t want to have to deal with students begging for the day off whenever it snows, and the resulting praise or criticism that would follow.

Regardless, the harsh reality of her position is that children, no matter how irritating, fall under the responsibility of their school district, including OPS. Therefore, if one is unable to cope with their peers acting like children, then perhaps they shouldn’t have taken the job as a superintendent of children. If a student talks too much in class, do they not still deserve to know if there’s a snow day?

Social media is a two-way system. Important information may be distributed via Twitter that would now be restricted as a result of the block. Suppose one wanted to question a new OPS policy or raise concerns/criticism of OPS actions. It would still be possible to speak out, but if they’re blocked by the superintendent, they won’t be able to reply under the announcements, thus intervening between civilian and public forum, a clear violation of one’s constitutional rights.

That’s not to say Cheryl Logan must now be a target every December until every February; it goes without saying that she is perfectly able to create her own, personal social media platform that doesn’t include her professional title or inform students and parents of school related events and reminders.

However, as long as she insists on connecting her personal grudges and pet-peeves with her profession as a public school official (and thus, dealer-with of kids under 18), it should be a violation of her work to actively prevent students under her jurisdiction from interacting and criticizing her on a professional level, if not a personal one.