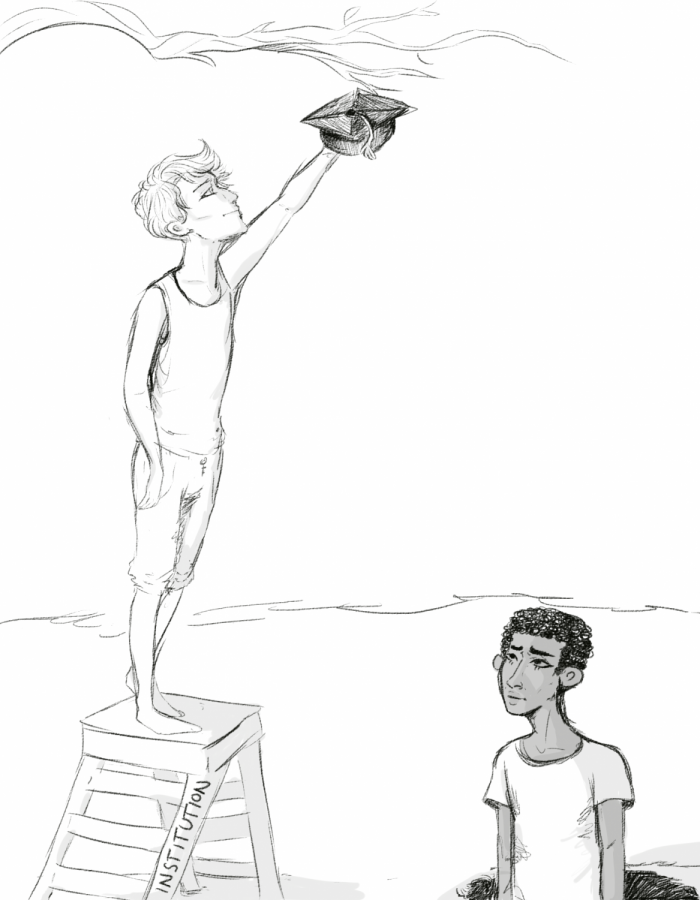 Systemic racism exists and proof is in the education system

Systemic racism has been a hot topic of discussion since the beginning of the protests in the name of the Black Lives Matter movement. Now, white Americans are questioning “Does systemic racism exist?” “Has racism gone away?” While it’s understandable why white Americans would think it has, the answer is no, it has not.

Systemic racism is defined as “a form of racism that is embedded as normal practice within society or an organization”. When people discuss racism in a way that is systemic, they are not referring to outright racism such as slurs or proud hate speech.

Systemic racism refers to racism that is unconscious or imbedded in societal structures, so it is more difficult to detect, especially as a white person, who has never been negatively affected by these systems.

As black students get older, they are suspended and expelled at three times the rates for the same misdemeanors committed by white students. Higher rates of suspensions and expulsions lead to higher drop out rates, which result in continued cycles of poverty.

We quickly start to see what is called “suspicion of guilt” that is said to follow students of color throughout their lives. Perhaps black children are judged much harsher than their white classmates? If so, what racial biases are perpetuated by non-black people that do not allow them to see black children as children, but rather aggressive discipline issues?

The most recognized systemic race issue when it comes to education is the school-to-prison pipeline. The school-to-prison pipeline is defined as “a process through which students are pushed out of schools and into prisons.” In other words, “it is a process of criminalizing youth that is carried out by disciplinary policies and practices within schools that put students into contact with law enforcement.”

Public schools are also extremely segregated, as students attend school by district and each district tends to have a different racial demographic. These different demographics can be attributed to desires for cultural relatability and safety, redlining and/or housing discrimination. Public schools are funded through property taxes and when poor kids are usually also brown kids, it means that these school become extremely underfunded. This results in lower graduations rates, poorer education, and underqualified staff and teachers.

The racial wealth gap also become apparent in the debt black college students accumulate. Black students tend to take on more debt than white students, because of the money available for education to begin with. This makes it even harder for black Americans to accumulate wealth in the future.

Black graduates also are likely to be unemployed at twice the rate of white graduates, even in high demand fields. A popular study has shown that you are fifty percent less likely to get an interview if you have a “black sounding” name.

It is important to keep in mind that the data presented has only discussed one major institution in the United States and only mentioned surface issues in little detail. Systemic racism is prevalent throughout every institution in our country and it is a complex issue interwoven into our society.

White and other non-black people must be prepared to face their racial biases and evaluate how they perpetuate racism in their daily lives, if any change can occur. I encourage everyone to learn and seek anti-racist resources and to research these issues on their own in order to educate themselves.