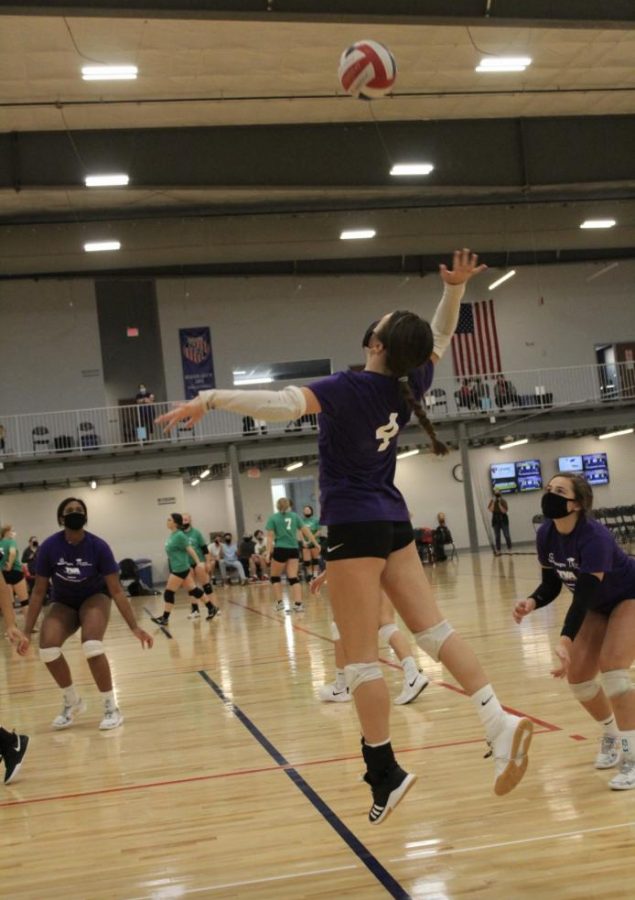 Besides losing the experience of going to school this fall, many students also lost the experience of participating in a fall sport. Especially for seniors, the realization of not having one last season did not sit right. Luckily for OPS seniors who play volleyball, a Friday night league was started for their Varsity and JV teams to still get an opportunity to play.
The league was started by a parent of a Burke volleyball player. Central volleyball coach, Angela Thorn, was contacted and asked if she would be interested in having her team join the league. The league did not need to be approved by anyone besides other OPS coaches. Within this league, coaches are not able to do anything with their teams. Instead, parents take over and contact everyone about getting involved.
The league began on Sept. 4 and will go until tournament play on Oct. 24. A volleyball facility called The Volleyball Academy (TVA) hosts the teams of Burke, Central, Bryan, and Northwest every Friday night. Thorn credited TVA by saying,

“I think that it has been great letting the girls get a chance to play. It is awesome that TVA set something like this up.””

Other than not allowing the coach to be in charge, there is also another major rule in the new league. Before getting involved, teams had to be aware that any girl that played in the Friday night league would be considered ineligible if a NSAA season was able to start sometime in the fall. If a season were to even occur in the spring, this would be a conflict with players who play club volleyball or a spring sport. Thorn reiterated this by saying, “Getting the chance to play in the spring would be great. I unfortunately do not think that it is the best option.”
Still, this league does not feel like a regular season, especially for seniors. There are no home games or senior nights, and a lot less scholarship opportunities. Next Friday, the league will have a “senior night.” Central senior, Paige Terry, said, “It’s definitely not going to be the same and it makes me super sad.”
Most other fall sports have not had the opportunity to join a league like this. Although this is nothing like a typical season, it fills the void of missing a season. Terry finished by saying, “It feels normal because I have been playing with these girls for a while now, but it still doesn’t even feel like real games. Still it’s better than not playing at all.”