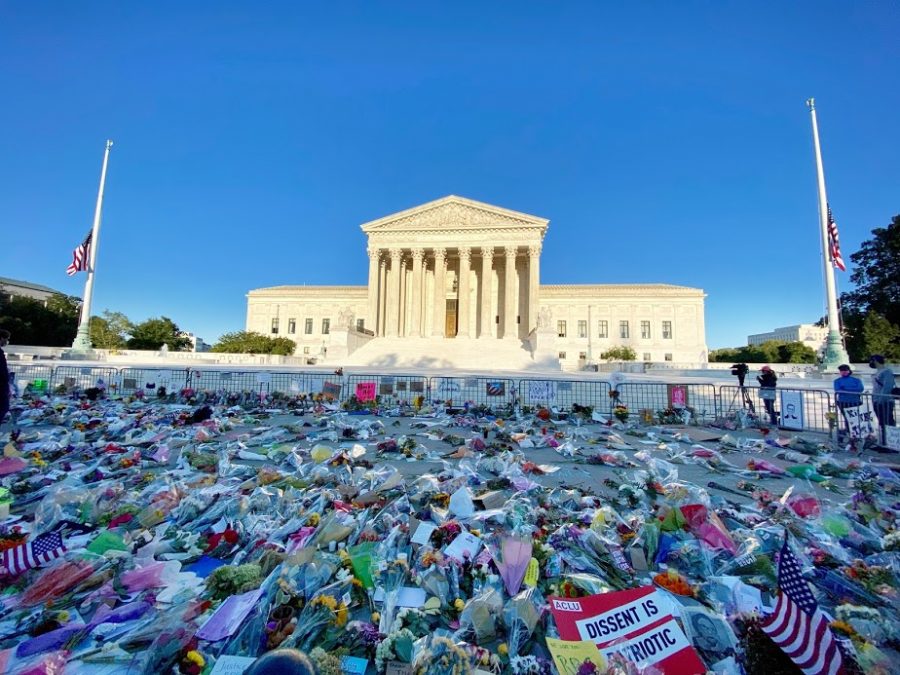 On Sept. 18, 2020, America lost a remarkable woman.  Justice Ruth Bader Ginsburg died at age 87 due to complications of metastatic pancreatic cancer. It was tragic news for her supporters, but Ginsburg’s life should be celebrated because she accomplished remarkable things while she was alive. American is a better country because of her.

When Ginsburg decided to pursue a law career, many people told her she would fail if her goal as a lawyer was to fight discrimination against women. They were wrong. Ginsburg had a very successful career and became the second female Supreme Court Justice.  She broke new grounds for gender equality in the U.S. and is now a role model for all the people that have been told no. She never gave up on fighting for what she believed in; it did not matter how many people told her no because the times she won outweighed the times she lost.

Due to Ginsburg’s determination, women have more opportunities and legally there is less discrimination against women. She fought for equal protection for women and men meaning men cannot be preferred over women. Her first case she argued in court was that gender-based discrimination hurts men too. Ginsburg also argued equal pay for equal work and for women’s right to choose.

Despite having cancer multiple times and other health issues, Ginsburg barely missed a day of work. She was there when people needed her, and she was always ready to fight for what was right. Her story is inspirational and provides an example of how to fight for what is right. Giving up was not an option for her because women’s voices tended to be drowned out by men. Ginsburg always wanted to be a voice for women, and she was. This is why Ginsburg’s life deserves to be celebrated.