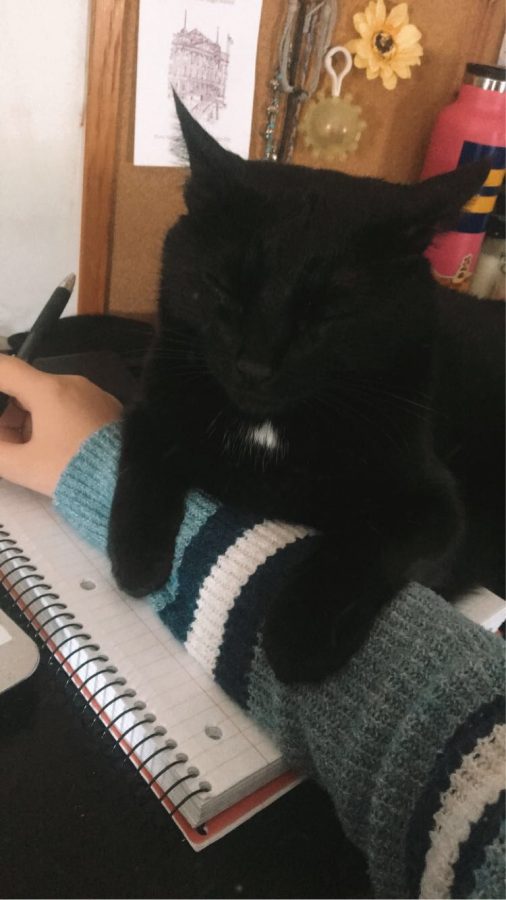 Having pets during quarantine has its ups and its downs. In my house we have five cats and they certainly keep things interesting. We have three older cats and two kittens we adopted a few months before the lockdown began. It has been interesting seeing how my older cats have adapted and how different my kittens are compared to their brothers.

Let’s start with the kittens. Unlike their older brothers the kittens were raised during quarantine meaning they got used to a house full of people. There are five members of my family including myself, so they were getting plenty of attention. This has caused them to be very needy. If they do not get attention when they want it, they meow or jump on the computers. That can be extremely frustrating when people are trying to pay attention or get work done. They also want us to play with them a lot. Due to them being raised when we were not in school, they got used to us stopping what we were doing to play with them. Now that we are in classes, we cannot stop doing whatever we were doing to play with them. Although they can be annoying, they are also sweet. A great plus to being at home is the fact that I can have a cat on my lap when I am in class. Having a cute kitten on my lap during math class makes math better.

The older cats were not used to us being home all the time, but they have certainly benefited from it. Similar to the kittens, our older cats have become used to having a large amount of my family home. They have also become attention seekers. Their favorite thing is to not only jump on the tables but also lay on computers. My cats have unmuted me in class on several occasions. Although we are in class or working, they do receive more attention than before Covid. I enjoy having cats in my room or on my lap as long as they behave.

This has not only been a large adjustment for people but also for pets. One of my older cat’s favorite people is my mom and due to Covid, she has had to be at work more. We believe our cat now has mild separation anxiety because as soon as my mom leaves there is a shift in his behavior. When she comes home, he follows her everywhere.  My cats are not only comforting to me, but I now have to comfort my cats.

My cats are also a great source of entertainment. Whenever I get bored, I know that at least one of my cats is awake and I can play with them. Having five cats may seem crazy, but they have been extremely beneficial this year.