‘Man on the moon III: The Chosen’ review

Kid Cudi has released a new Man On the Moon album: Man On The Moon III: The Chosen.

Kid Cudi has released a new Man On the Moon album: Man On The Moon III: The Chosen.

In 2009, Kid Cudi released Man On the Moon: The End of Day. He followed that up the next year with Man On the Moon II: The Legend of Mr. Rager. Over the past 10 years, he has explored rock and various styles of rap, collaborating with other artists on albums while hinting at returning to Man On The Moon. Now we have the final album in one of the most influential rap album trilogies of the past 20 years.

Cudi opens up the album with his intro titled “Beautiful Trip.” It’s presented as both a literal and a figurative trip. It’s starts with his trademark humming setting the scene for the the trilogy reminding you of past works and then ends with a rocket launch countdown. The listener is both traveling to the moon and into Cudi’s frame of mind.

From there you are propelled into the next song “Tequila Shots.” Cudi illustrates a vivid picture of being launched back into his destructive consciousness.  In the song he sings, “Can’t stop this war in me.” The entirety of the song explains to the audience that Cudi can’t seem to stop the destructive thoughts, feelings, and tendencies inside of him. No matter how hard he tries he always finds himself coming back to them even though he reiterates that he’s sorry for them time and time again.

The listeners understand quickly after listening to his struggles again from the previous albums that they had the privilege of walking away from them, but he did not.

The next song on the album is called “Another Day.” As the music starts it appears to come in waves.  These wave-like rhythms later explain how Cudi lives his life each day struggling with depression. “We keep floatin’ hopin’, coastin’, Ragin’ through the day.” This sentiment reflects how Cudi lives his day to day life at extremes, either trying to just get by or destructively plowing.

These two songs seem to be connected in that Cudi is still battling his demons even 11 years after he released the second album in the trilogy.

“She knows this,” the next song on the album greatly contrasts the first two. The song is not different so much in its musicality, but rather in its narrative. The song is more hype and exciting. Cudi mentions a dynamic with a girl he knows and almost brags about how spontaneous and intoxicating his life is. The next track is similar. “Dive” paints a scene of partying, where Cudi engages in sensual activities and the excitement rages on. Although as the song progresses, the artist reveals that these activities are only coping mechanisms, a mask. The listener contemplates who Cudi is trying to fool, the people around him or himself.

“Damaged” and “Heaven on Earth” introduce the listener to a different narrative than Cudi’s previous works. The songs examine Cudi’s life in a more provocative and violent manner. The tracks are much more influenced by classic hip hop in its subject material and the beats reflect a trap-like influence characteristic of modern day rap.

The two songs carry a similar message. Cudi is living his life as an artist and an individual, and his new music is different, but he continues to live his life in many ways alone or singular because of individual struggles. He has to take his journey alone, make his own path.

“Show out” features Pop Smoke and Skepta. This track is very different from all his previous works. The songs reflects the rap industry today in its common trap beat and absence of complex lyricism. In all honesty, the song was as generic as any other trap radio hit.

The albums crown jewel lays at the feet of  “Mr. solo Dolo III,” a continuation of previous songs on the other Man On The Moon albums. The track sees Cudi delve into to the darkness once again, swimming through waves of adversity, and maneuvering through mental health obstacles. This song is very reminiscent of his older projects.

“Sad people,” one of the darker songs on the album, leaves behind the sad undertone present in the rest of the songs on the project and states them explicitly. It not sugar coated at all it is very straightforward in its themes of isolation and disparity.

“Elsie’s Baby Boy,” illustrates Cudi’s childhood from his own perspective and pays tribute to his mother Elsie. This song is definitely the most heartfelt one on the whole album, reinforced by the guitar instrumentals.

The track “Sept. 16” seemingly talks about his love and devotion to an unnamed woman. “I need your love all over.” Cudi states over and over again during the song as a similar beat to his old songs echos. This is not a love he can simply get over, he couldn’t if he wanted to.

“The Void” follows the trend of substance abuse Cudi engages in as a steady beat plays. Cudi explains that he does this because “I will fall in the void, fall in the void just to avoid anything that can bring me down…” These substances keep him afloat and happy, and he will keep using them so he doesn’t feel anything like he usually does.

“Lovin’ Me”  presents a sound very similar to old Cudi once again. Cudi now talks to a guide and to a lover. He recounts his feeling of loneliness, his struggles, the feeling that life is only dragging on. He desperately asks for a guide or some kind of direction. He collaborates with artist Phoebe Bridgers who sings the second verse in the song. She adds to the song as she talks about a dream-like reality.

“The Pale Moonlight” finds Cudi rapping about haters and his trusted friends. He’s destroying the opposition and doing what he wants. Thus the people around him think he’s whole again and healed, but they don’t know that he still deals with that “hell” inside him. He can improve, but he’ll never stop experiencing struggle inside him like they think he will.

Trippie Redd and Kid Cudi both share the same sentiment in “Rockstar Knights.” The two artists explain that they don’t care about their actions anymore. At the end of the day, they’ll still be and only have themselves, nothing else really matters.

The second to last song on the album “4 da Kidz” is an incredibly heartfelt song in which Kid Cudi speaks directly to his young audience. Cudi offers life advice to his adolescent listeners and assures them they are not alone in their fight with mental illness, that others experience life the way they do.

The last song on the album “Lord I Know” starts off with a fast-paced flute-like beat. It reflects the intense and chaotic nature of the artist’s current experience. Cudi is hyper focused on his mission and active all while acknowledging his god at work in his life. He won’t be held back anymore. The album, as a little kid whispers, is “to be continued.”

The end of the album begs the question of whether there will be a fourth project in The Man On The Moon series, or if he is simply just talking about personal evolution. Kid Cudi shows us every side to himself in this album, laying out his insecurities and inner demons in hopes it might help someone else. The album exposes the multifaceted nature of not only depression, but all mental illnesses, and the reality of living with them. 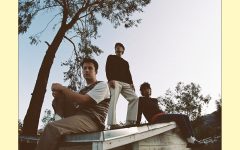 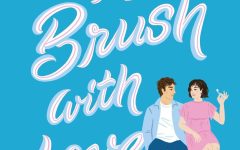