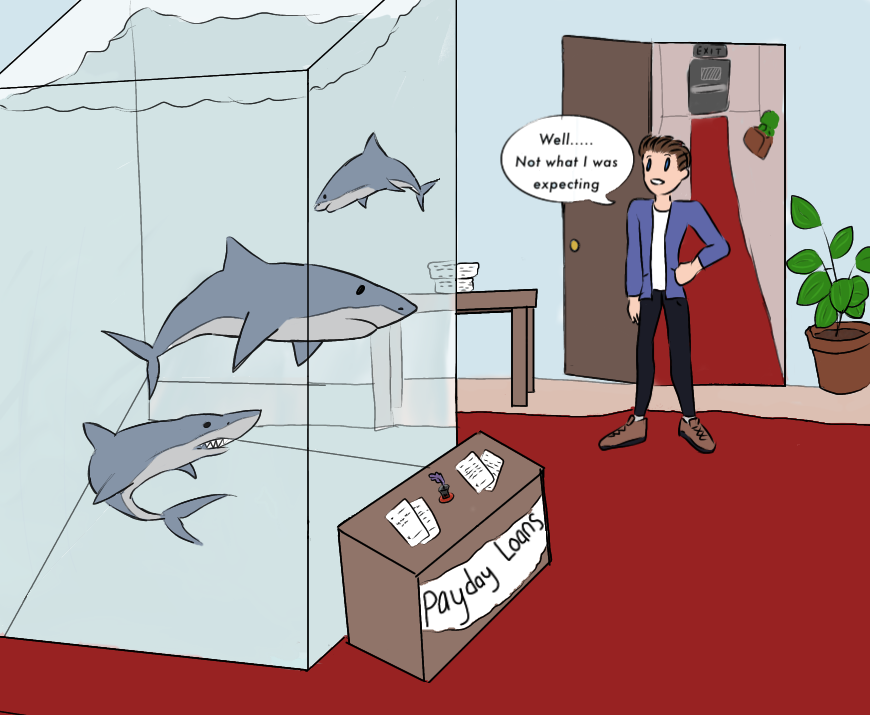 “There was one woman who is making probably three times my salary now. When she came in and she was really struggling, and [after] we wanted to use her as a success example, but because now she’s really high up in the food chain at [company] she says ‘I can’t have people know that I was a train wreck now that I’ve got this position of authority,” said Julie Kalkowski, executive director of the Financial Hope Collaborative.

The Financial Hope Collaborative (or FHC) is an organization aimed at helping people in these types of situations by offering financial education, financial coaching and avoiding predatory services, among them being payday loans. Their main program is the Financial Success Program for single mothers.

“It’s not just the curriculum, a lot of times single moms have been pretty beat up. Some physically, but a lot emotionally. . . I say if you’re having trouble with your money, you’re a normal American. We normalize being stressed about our money,” said Kalkowski.

“I was trying to figure out, how do we help people in North and South Omaha develop assets because that is what seems to be a vaccination from those kinds of troubles in your life,” said Kalkowski.

In many low-income families, the need for payday loans is serious. It is difficult to cover day-to-day expenses on minimum wage, causing many people to work multiple jobs or turn to payday loans to stay afloat.

“Forty percent of the lowest paid workers in Omaha are paid an average wage of ten dollars and nineteen cents an hour. Most are jobs don’t have benefits because they work just few enough hours to not be needed. And they get into pay day lending because they don’t have any savings, and they often have poor credit reports. So, they can’t go to the bank or a credit union and get a personal loan or any kind of loan,” said Kalkowski.

The Financial Success Program is nine weeks of in person training (currently online due to COVID-19), with both dinner and childcare offered. After the several week program, the mothers are given another year of one-on-one financial coaching and work to set financial goals.

The program especially helps with debt, well beyond just paying it off. The program teaches people how to deal with debt collectors, improve their financial situation, and avoid payday loans in the future.

“We work with a lot of hospital systems to mitigate medical debt too,” said Kalkowski.

Kalkowski always evaluates the if and why the program works. She used to think it was because the mothers often grew up in bad financial situations themselves and with all the problems that come along with it. They would decide to enroll in the program because they want a better life for their children. Then they would see other women who had gone through the program being successful, and that would motivate them to work at it.

“We know it works now because we ask them before they start the program, ‘How many shut off notices did you get? How many late fees? How many overdrafts did you had? How many utility shut offs? How many evictions?’ and the comparison is that there is a significant drop in detrimental financial behavior,” said Kalkowski, “We know they get significant increases in salary, in promotions . . . so that’s how we know that it’s working.

The program continues to evaluate benefits outside of financial ones, such as improved mental and physical health.

“We just completed the first clinical trial in the entire country to ask ‘does the financial education, financial coaching and intervention improve the health outcomes of low-income single moms?’ We got a lot of good data on that, but it has to be published in a peer reviewed journal, then we can talk about the fabulous outcomes,” said Kalkowski.

“They have hope, and when people have hope they can change their behavior,” said Kalkowski.