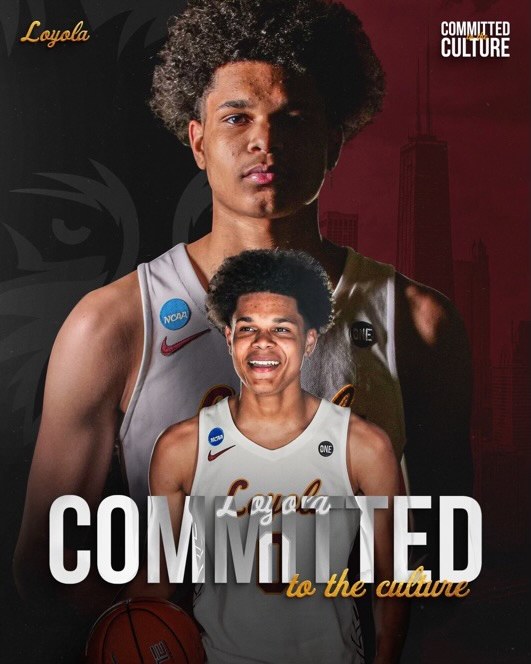 On July 26 last summer, senior Jayden Dawson committed to play basketball at Loyola-Chicago. “It was a big decision on to the next step of my life and it was what was best for me. I went on a lot of visits to a lot of schools, and I just connected the best with the coaches, the players, the campus was beautiful, and the situation they have for me is a great opportunity there,” Dawson said.

Last year, during Dawson’s junior season, Central’s varsity team just barely missed out on state with a 20-6 record. Dawson averaged 14.7 points, 3.5 rebounds and 1.8 assists per game. “He’s really talented,” says varsity head coach Eric Behrens. “He’s got good size, 6’4”, good length and his skill level is really good. He shoots the ball really well, he handles it and he can attack the basket. Defensively he’s really versatile and he has great athleticism. He has a lot of upside because he just has a lot of tools.”

When asked about the Loyola program, Behrens was very complementary: “I think he’s going to a great program with a lot of tradition, and they’ve been really good lately. They went through a coaching change now but with the old coach they made two pretty good runs at the NCAA tournament, and they were a Final Four team just a couple years ago.” Loyola’s final four run occurred during the 2018 season. Since then, they won the Missouri Valley championship, sending them back to the NCAA tournament in 2021. They are currently coached by Drew Valentine. Their last coach, Porter Moser, who graduated from Creighton, left for the Oklahoma head coaching job over the offseason.

This offseason has been an exciting one for Loyola, with two different Omaha players committing to their program. Millard North graduate Saint Thomas is currently a freshman at Loyola for basketball, and Dawson says he is excited for the opportunity to play with him. “He was just back here, because all the players and stuff was back and I was with him like every day,” Dawson said. “We’re pretty close.”

Dawson explained that he likes to model his play style after Celtics forward Jayson Tatum. “I like to take certain stuff out of a lot of people’s game, but I like to model my game after Jayson Tatum, with the build, and a little bit of Dame,” Dawson said. Although Tatum is a forward and Dawson is more of a combo guard, their play styles are somewhat similar. Both can score on all three levels, have a good basketball IQ and are able to play physically on defense. Dawson is also a good spot-up shooter, reminiscent of Damian Lillard.

Although Denim Johnson was the leading scorer for Central most of the season, Behrens said that Dawson was their number one option as they got later in the season. “I thought late in the year, most of our sets were run through him, he was our leading scorer, not all the time, but often. He was certainly a focal point for us and especially our opponents,” Behrens said. “If you were going to beat Central at the end of last year, you probably needed to try and shut [Dawson] down a little bit.”

Dawson says that the team this year is going to surprise the league: “I’m feeling super good. A lot of people aren’t expecting us to do the best this year but we got some transfers and we’re ready to show up and shock the state,” Dawson said. “I haven’t played in front of like a big crowd since sophomore year, this will be the first time when I’m one of the best players on the team and it’s just going to be super fun and super exciting.”

Last year, Central’s season came to a disappointing end against Papio-La Vista South in the district finals after a 20-6 record. This year they are looking to make another strong run and compete with some of the top teams like they did last year. “I just can’t wait for this season,” Dawson says.

During game six of the NBA Finals this year, more than 65,000 fans gathered outside of the Fiserv Forum to watch the Milwaukee Bucks win their first N... 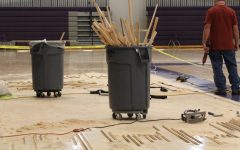 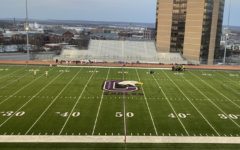 How watching Central sports has changed over the school year

Hopes Ahead For Boys Soccer

As the soccer season quickly approaches coach Pham is working to prepare his team for what may be a difficult season. Last year’s spring sports s...

With the addition of a handful of new franchises in The Basketball League (TBL), Omaha will be getting a pro basketball team. This team will go by the...