During game six of the NBA Finals this year, more than 65,000 fans gathered outside of the Fiserv Forum to watch the Milwaukee Bucks win their first NBA Championship in fifty years.

The fans were gathering in a space called the Deer District, which opened along with the Fiserv Forum on Aug. 26, 2018 and was modeled after the Toronto Raptors’ Jurassic Park. In the Deer District, fans could stand and watch the game going on inside the arena for free on giant screens.

Among those who gathered in the Deer District throughout the playoffs were Marquette University students Nora Graham (a Central alum) and Emily Bittman. Their first game in the Deer District was game one of the Eastern Conference Finals, where the Bucks faced the Atlanta Hawks. The Bucks came up short in game one, but Bittman and Graham left feeling excited about the team’s chances and intent on returning.

They started attending every game they could, walking about twenty or thirty minutes their home to the arena, standing in the Deer District for about two hours, and then walking back. As college students, neither one of them has a car, so they valued the ability to walk to the arena.

“The Deer District is a very central location for people, so it’s nice that you can walk to it, no matter what part of the city you’re from,” Bittman said. “I thought that it was really nice and accessible.”

This was in the middle of summer, as places were beginning to reopen and mask mandates were being lifted, before the Delta variant became a real concern. At first, being around so many people again was a little bit weird for both of them.

“I think that was the first setting where I was in a crowd without a mask,” Bittman said. “It was kind of weird, but we got used to it pretty quick. It reminded me a lot of Lollapalooza, which made me feel like things were getting back to normal and people are having fun again.”

There were two screens for fans to watch at in the Deer District, so Bittman and Graham chose the smaller less popular one in a gravel lot on the side of the building where the old Bucks’ arena, the Bradley Center, was once located.

“In the earlier rounds, at the smaller screen, there were not that many people,” Graham said. “There was space in front and behind us, and we could easily move. Every game, we ended up super close to the screen. It wasn’t until the end that there were so many people you couldn’t see.”

Graham felt this increase in people was a sign of the Bucks’ fast-growing popularity as they won more games.

“We noticed more and more people coming to games as the playoffs went on, merchandise being sold out in places, and everyone looking for Bucks gear,” Graham said. “So, I think that people were not paying that much attention to Bucks games—there were some die-hard fans, you could tell that they had been there since day one—but there were loads of other people who were just there because the Bucks were doing well.”

Now that the Bucks’ championship run is over, Graham will continue to be a fan of the Bucks but may not be as committed any more.

“I wouldn’t go super far out of my way to go to Bucks games, but that’s mostly because I’m a college student and I have other commitments,” Graham said. “I’ll still follow them and check in on how they’re doing; I won’t be a die-hard fan, though.”

And since the Bucks have stopped playing games for the off-season, the organization has put the Deer District to use during the summer, as Graham describes.

“They’re doing a Deer District market on Wednesday nights, and they have a bunch of minority-owned businesses that they’re encouraging to come,” Graham said. “So, they’re trying to continue using that space and that energy in a positive way.

Bittman thinks this is a great idea, because, at the moment, many of the businesses in that area are quite different from the ones that show up at the night market.

“The surrounding area has a lot of bars and places where people will go party after a game,” Bittman said. “So, it’s nice that while those places are bringing in a lot of revenue just from the Bucks being in the playoffs, the Deer District is being used to bring that to smaller businesses that need it as well.”

Looking back on the time she spent in the Deer District, Bittman feels that the thing she liked best about it was the way it brought people together.

“Everyone was interacting with each other, all putting their energy towards the Bucks, wanting them to win, and getting excited about it,” Bittman said. “That was one of the coolest things for me.”

“The Deer District was chaotic during the games, but it was also representative of the city,” Graham said. “There would be Marquette students—and you could tell they were Marquette students—but also families nearby or an old couple, a lot of different groups of people all coming together and being supportive of the team.” 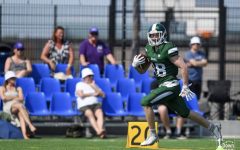 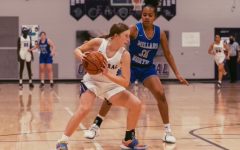 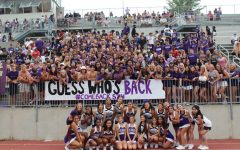 Senior shares her experience on cheering

The Philadelphia 76ers and their star guard Ben Simmons have had a rough summer. It all started in the second round of the playoffs, when the Sixer... 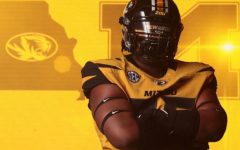