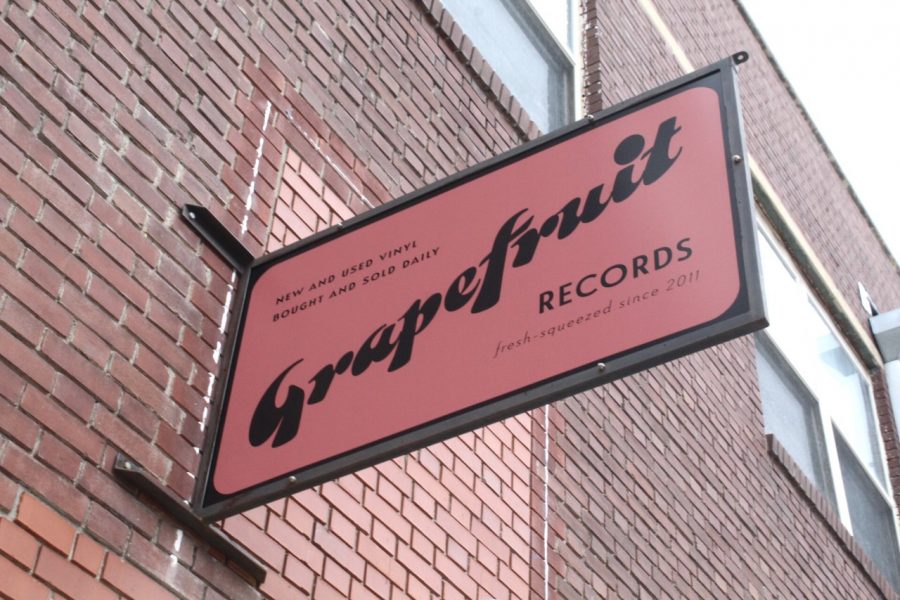 Omaha native Simon Joyner is a music enthusiast and believes that it is meant to be appreciated and shared with the masses. As one of the founders of Grapefruit Records, Joyner is committed to supporting niche music artists.

He first discovered his love for music while attending Central in the late 1980s. Joyner recalls the difficulties young people encountered while trying to find ways to listen to live artists.

“There weren’t many venues where underaged kids could see music. The police seemed to shut down any space that catered to young people…there was a fear that young people congregating was a dangerous situation,” Joyner said.

Despite these adversities, he found ways to dive deeper into the music world. As a fan of punk rock and indie rock, Joyner relied on all-age shows and listening to records to satisfy his need for music. He later began to write his own songs.

“I started writing songs while I was still a student, but it wasn’t until the early nineties that I began performing, recording, and touring,” Joyner said.

His appreciation for creative writing, however, did begin while in high school. Joyner recalls the honors English program at Central being exceptional, as well as his time on newspaper staff.

“My time on the Register staff offered additional skills and discipline that I still use today,” Joyner said.

Joyner has released a plethora of his own albums and songs, but one of his more current projects is Grapefruit Records, which is his way of supporting other artists’ music. He started Grapefruit in 2010 after running into a longtime friend.

“I had been on tour and ran into an old friend, Ben Goldberg, in New York. He was running an indie rock label called Ba Da Bing Records and had worked at other labels throughout the nineties,” Joyner said.

After some discussion, Goldberg and Joyner started Grapefruit, a label that focuses on supporting underground and experimental music.

“There seemed to be a need for a label that focused on niche music that Ben and I both appreciated, whether it was music from New Zealand or Sweden or artists from the United States who had small but dedicated followings and just needed some label support,” Joyner said.

The label has released around fifty titles over its eleven years of operation. Joyner sees his project as “bigger than a hobby but not quite a job either.”

Rather than signing artists like major labels do, the Grapefruit owners simply approach artists whose music they appreciate and ask if the artists want to release something on vinyl.

With larger labels, artists sign over the rights to their music. The label reaps the benefits and can negotiate publishing rights. Grapefruit does not follow suit.

“We believe that the artists alone should decide those things about their music. So, when we have sold all the copies of a record for someone, they are free to do anything they want with the music. We basically lease the music for a short timeframe in order to help promote the band’s album,” Joyner said.

After operating the label out of a South Omaha warehouse for a decade, Joyner decided a brick-and-mortar location would be the most sustainable method of running his business. He also noticed a lack of record shops in Omaha, and wanted to restore one to the community.

“I had the idea to combine the record label with a retail shop that could be open to the public as well, since it seemed like we were losing too many record stores in Omaha,” Joyner said.

He worked at a record store during the mid-nineties and has spent much of his adult life shopping in them, so Joyner had a solid idea of what he wanted his own record store to be like.

He partnered with his friend, Mychal Marasco, and they opened their shop in May of 2020. Opening Grapefruit Records in the Old Market was a “natural fit” for the two.

“We knew we wanted the foot traffic that this area brings. There’s a lot of tourist traffic which is great for retail. I’d say about half of our business is online sales and half relies on people walking through the door and flipping through records in person,” Joyner said.

So far, the shop is performing better than Joyner expected. He is amazed by the community response to Grapefruit Records, and is grateful to see others appreciate his idea that was able to come to life. Joyner has future plans for his store to further connect it to the community.

“We’re planning to host small all-ages shows once it’s safer to have indoor events again. I’m also a rabid ping-pong fanatic, so our ping-pong table is open to anyone who wants to come in and play. We’ll probably host ping-pong tournaments at some point too,” Joyner said.

With both his older record label and newer record store, Joyner went about completing these projects in the same way: coming up with an idea, and later figuring out how to pursue the idea.

“I’ve always just decided I wanted to do something, and then I figured out how to do it after.  I didn’t know how to run a record label until I decided to do it. I had worked in retail but had never owned a shop until I decided to do it,” Joyner said. “You can figure out just about anything that you want to do badly enough, so there’s something to be said for letting desire lead the way.” 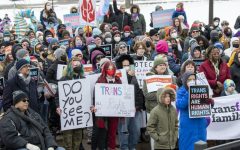 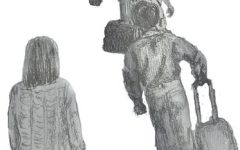 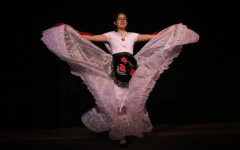 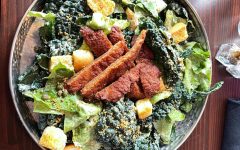 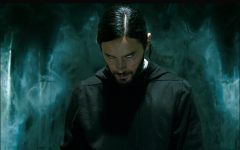