Razia Jan, an activist for women’s education in Afghanistan, spoke to students in the Black Box Theater earlier this school year on Sept. 16.

Jan has spent the past fourteen years running the Zabuli Education Center, a free school for girls in a little village on the outskirts of Kabul. There were almost 800 girls ages four to nineteen enrolled at the school, and another 300 on the waiting list to start next year.

However, this was all put in jeopardy when, in August, American troops pulled out of Afghanistan, leading to the Taliban regaining control over the region for the first time since 2001.

At the time of her talk, Jan did not know whether the Taliban would allow the education center to continue classes, but she was willing to accept whatever time they would give her.

“If they have even one day of school, that is such a blessing,” Jan said. “What I want is to continue educating these girls.”

Jan said that if classes did resume, the Taliban was likely to put restrictions on what she could teach.

“They might say you can’t teach them English, or you can’t teach them art,” she said. “I might have to make some changes, and I want to. Whatever they give us, I will work within that system. I will hide things within lessons, so the Taliban won’t realize what we’re teaching.”

Jan also talked about how she would return to Afghanistan, and how she knew there would be restrictions in place that hadn’t been there before, which might make the trip difficult.

Jan spoke about this need to return to her school at a few different points throughout the talk.

“I want to do good things for people,” she said, in tears. “Every life matters. You have to have compassion and understanding. Be kind. Be generous, if you can. Don’t be mean.”

The girls at her school are in need of aid, she said. That was why she was so intent on returning. She said if anyone wanted to help, the best way was to make a monetary donation to them through her foundation, Razia’s Ray of Hope, a nonprofit dedicated to helping educate Afghan girls.

“Right now, they are so desperate, because of the Taliban,” Jan said. “There is no way to send anything right now, other than money, so they can buy clothes and have warmth in the winter.”

Jan made it clear that she felt that what the Taliban was doing to Afghanistan and what they were threatening to do to her school and education at large in the country, was horrible.

“The members of the Taliban are illiterate themselves, so they don’t know the beauty of education,” Jan said. “They think they can maintain better control if people aren’t educated.”

She said, in a way, that they were right, pointing out to the students in the theater how precious their education was.

“Education is something no one can take away from you,” Jan said. “You guys gathered here are so lucky—so privileged—that you have the chance, the freedom, to choose what you want to do.” 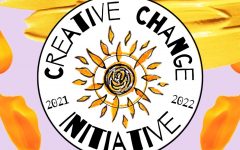 The Pro and Con of being a Traveling Teacher

Central is a big school, but not large enough. There are not enough classrooms for each teacher to have their own, which is why there are travel... 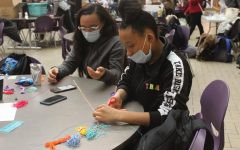 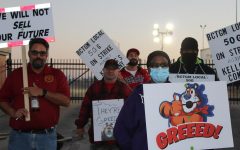 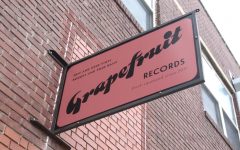