Physical activity such as running, swimming, walking and dancing improves mental health. Exercise is proven to help common emotional disorders found in teens like depression, anxiety and bi-polar disorder. Physical activity also has a positive impact on ADHD/ADD, and helps with sleep, memory and lowering stress levels. Exercise boosts your mood and self-esteem, which can alleviate symptoms of social withdrawal.

Exercise is good for mental health because it increases blood circulation to the brain. This impacts the hypothalamic-pituitary-adrenal (HPA) axis, changing the physiologic reactivity to stress according to Guszkowska M’s “Effects of Exercise on Anxiety, Depression and Mood”. In other words, when you exercise, your body releases endorphins, which interact with the pituitary gland in the brain. These released endorphins are a type of neurotransmitter which react with each other to relay messages to the brain. In this case, the interactions result in positive mental health changes, which decrease stress and increase happiness. For example, the University of Adelaide found that, “People’s depressive symptoms increased after the first one or two weeks…after stopping their exercise.” Considering that depressive symptoms increase after just the first week of physical inactivity, symptoms could skyrocket within a month.

Aerobic cardiovascular exercise is also beneficial for mental health. A study from Harvard T. H. Chan School of Public Health discovered that, “running for 15 minutes a day or walking for an hour reduces the risk of major depression by 26%.”  The term “runner’s high” is a feeling many athletes experience after extreme amounts of endorphins are released during running. Although the “runner’s high” doesn’t directly help with one’s mental health, the endorphins released during the “high” do. Therefore, many runners feel calmer after running.

All physical activity improves mental health because of the released endorphins. That said, some sports have additional benefits. For example, dancing usually requires music. Music helps to enhance focus and mood. When music is combined with dancing, mental health as well as focus and mood improve. Swimming has added benefits because of the water. A study by Howard H. Carter et al revealed that while a person is immersed in water, blood flow to the brain increases, which improves mental health.

Exercise is amazing for one’s body and mind.  Exercise helps with mental health and of course makes muscles stronger and more efficient. Whether you cycle for ten miles, run a marathon, or go on a short walk, the same endorphins will be released to improve your mental health. Next time students are stressed about an upcoming theme or math test, they should try going on a walk or bike ride or taking a dance break. My guess is that they will feel much better after doing so. 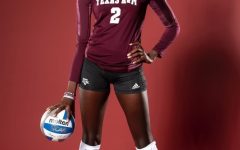