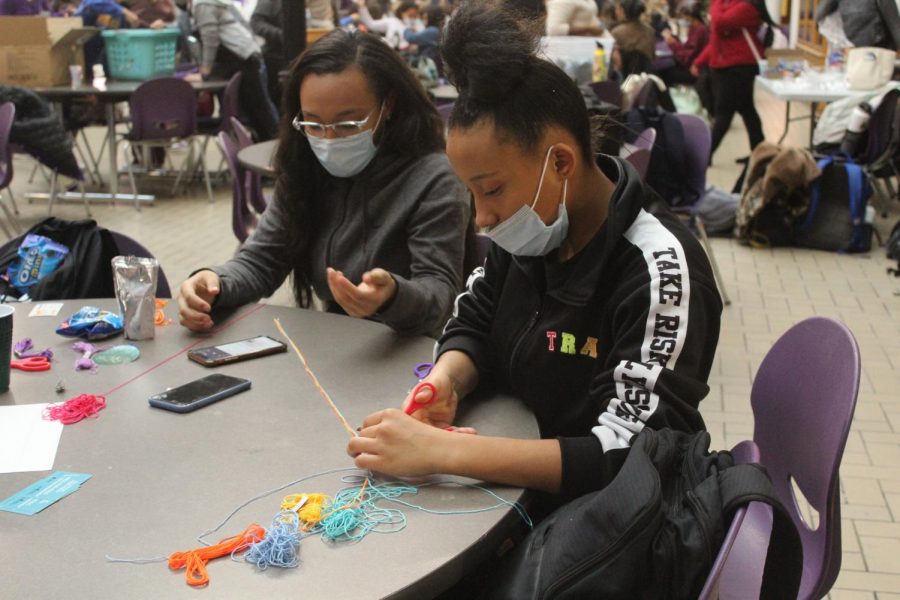 Student Council members hosted a social event in the spirit of mental health awareness. The bracelet-making gathering, promoted under the name ‘Mental Health Matters’, was held in the courtyard on Nov. 12.

Student Council president Mia Wicken took part in planning the event. She is an advocate for mental health awareness, along with other members of student council.

“One of our big focuses this year is how we can bring awareness to the mental health of Central’s students, so one of our first ideas was handing out bracelets and attaching hotline cards to them. Mrs. Cruz, our sponsor, brought up the idea of having a social event where students can make bracelets while getting to know others,” Wicken said.

She feels as though the pandemic stole away the important element of socialization, which has effects on the mental health of all people.

“At the peak of the virus, we were keeping ourselves safe by quarantining, which took away the social factor everyone needs. Without being able to go to school and see friends, I think that hurt everyone mentally, some more than others,” Wicken said.

The event consisted of more than just making bracelets. Student Council members also handed out hotline cards, and adults got involved too.

“Our school’s counselor gave out papers to students where they could write down a current issue they were going through and they could turn it in to her. We also provided snacks, drinks, reusable water bottles and stickers,” Wicken said.

She was “very, very pleased” with the turnout of the event. The courtyard was nearly full by the time school ended, and there were about 90 students who showed up to make bracelets. Wicken believes that mental health should be acknowledged more than it currently is.

“It is so important to think about how people may be going through something on the inside and that us students should be more aware of our actions and words, because they can hurt someone,” Wicken said. “It’s also important to know that everyone can be affected by their mental health and should reach out for help.”

Art teacher and Student Council sponsor Libby Cruz was extremely impressed with the way her students executed the event.

“I’m so proud of the students. This was the first in-person event the student council has held in two years and they did an outstanding job. I’m also so proud they focused on an important issue but found a fun way to bring people together while addressing it,” Cruz said.

She agrees with Wicken on the point that discussions about mental health need to continue being normalized.

“I know so many students and teachers struggle with mental health, and I think it’s important for students to know they have lifelines and people to reach out to. No one is alone, and there are safe spaces here,” Cruz said.

Student Council plans to hold more events such as this one in the future. Wicken believes that bringing attention to students’ mental health will lead to positive developments in other areas of life.

“If Central acknowledges the mental health of our students, then more kids can find the help they need and can do better in the classroom and in our community,” Wicken said. “It’s important to bring up these issues so that the stereotypes around mental health can change for the better.” 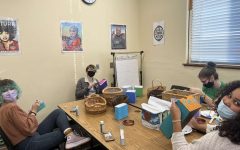 JROTC is planning on attempting to rename Davenport Street to either Fous or James W. Fous street to honor Central’s only Congressional Medal of...

On Oct 1, Omaha Rapid Bus Transit began charging fares for the first time since its creation in 2020. ORBT’s fare system looks different from other ...

The outcome of ending war

The United States and Afghanistan have ceased the violence and reached a temporary peace agreement.   On August 30, 2021, the last United St...