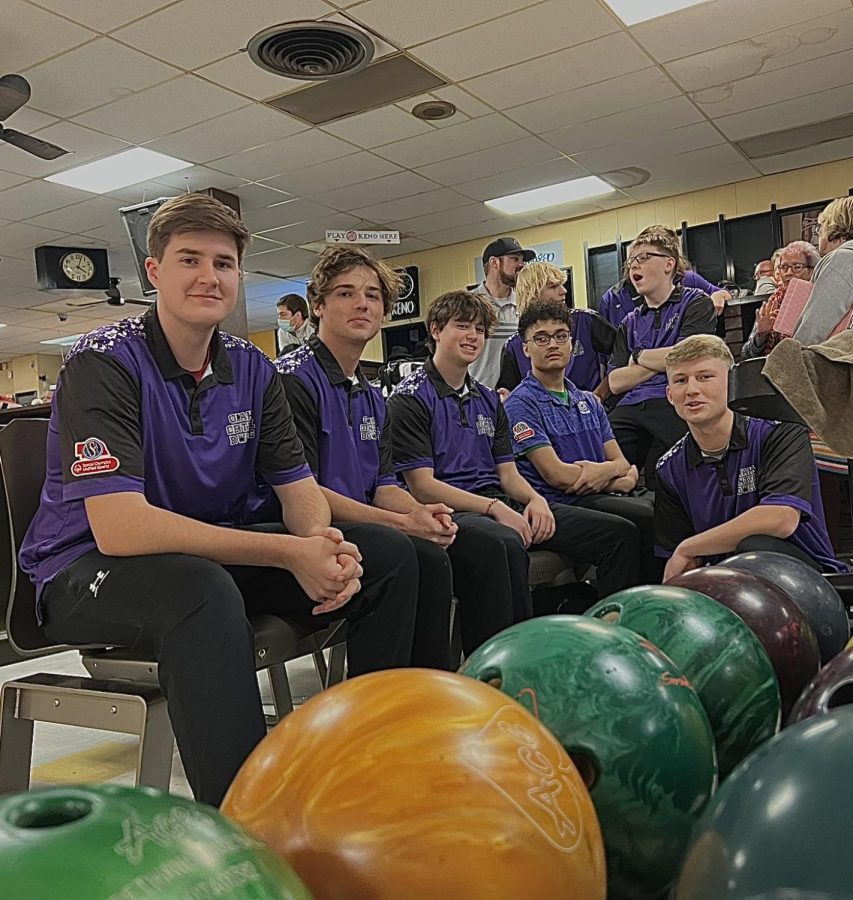 Central welcomed their first varsity bowling team this year. While most started the season unsure of what to expect, they are now one of the top bowling programs in the city. The boys’ team is now second only to Burke in the OPS roster. They even took down athletic powerhouse, Gretna in their first meet.

“We are unexpectedly winning lots of duels, for a first year, this is a strong progression,” senior Ben Nodes said.

Most who joined had never thought of bowling as more than a fun excuse to go out with friends. Almost everyone on the team doesn’t even own their own shoes or balls. Some, such as Nodes were prompted by baseball and now bowling coach, Gerald Kreber. “To be able to show off to my friends at West-lanes,” is the long-term bowling goal offered by Nodes.

The coaches quickly realized that the team had the possibility to be much more impressive than they had anticipated.

“Once they saw the potential in us, the coaches started learning the game themselves” senior and star bowler, Michael Roum said.

From this realization on, the team has only snowballed their success. This growth did not happen overnight. The team practices twice a week for two hours at a time and has at least one meet a week. They stretch with finger mobility and arm circles.

“Occasional wrist pain is a part of the sport’s physical demands,” Nodes said.

Some even end up with wrist braces while they are adjusting to the new movements. He also described bowling’s mental challenges noting, “There is no defense in bowling. You can’t control how your opponent is doing, you can only control yourself.”

Throughout this journey the bowling team has maintained a laid-back attitude while building up their resume. And perhaps this is the reason the team has earned their 5-1 record. “I didn’t think we would make it this far 5 and 1 is pretty big,” Roum said.

“We don’t take it as seriously as other teams who show up with their own balls and shoes, but we are actually really good compared to them,” freshman bowler, Evelina Sain said. “We just show up and let go and that really helps because we are not as stressed out.”

Nodes says the team goal for this year is to win districts. As Metros looms and the time to achieve this goal dwindles, the team invites spectators to cheer them on during their final meets at West Lanes. The students on the team are here for fun, and maybe a varsity letter.

“Everybody is friends, we don’t have an issue with anybody,” Roum says.

The key to their success being that they are not overthinking or taking themselves too seriously on the lanes.

“Most of the time at meets, we have competitions with each other,” Roum said. “We don’t even worry about the other team.”