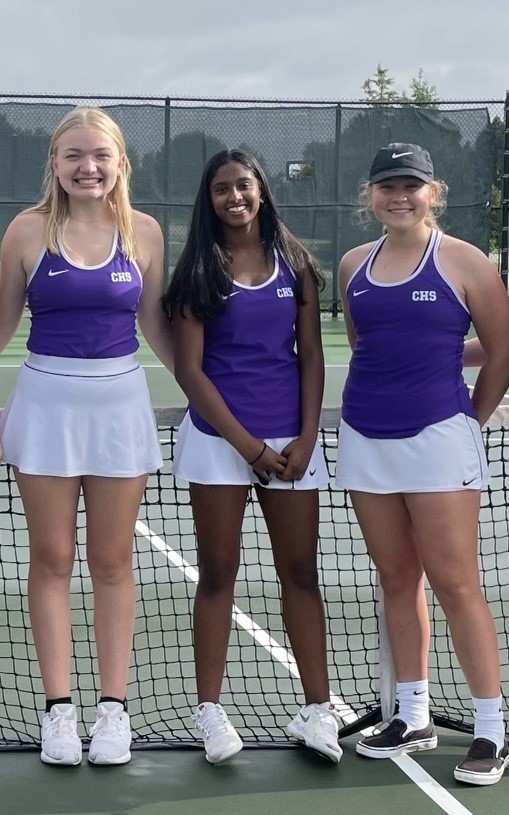 Tennis is a relatively ignored sport among the Central student body. Often classified as a “country club” sport, many students hesitate to tryout. Many students have never picked up a racket and a lack of student body interest leads to a sparse number of spectators at matches. Despite little acclaim for our tennis program, Central usually ranks as one of the top OPS tennis teams and makes a worthy adversary for private and non-OPS schools. Perhaps the girls’ team in particular will gain more recognition in the coming seasons due to the fact that powerhouse Shruti Garapati is not a player anyone can ignore. The athlete is only in her sophomore season, and will already be starting the upcoming spring season playing #1 singles and #1 doubles for Central’s varsity team.

Garapati has had lengthy experiences in gymnastics and soccer but will be celebrating her decade long commitment to the tennis court this year. While her tennis career began with an intermittent dedication to the sport once or twice a month, she grew to appreciate the freedoms that came with playing. “I liked that with practices and everything it was only as often as I wanted,” Garapati said.

She also appreciates the autonomy that accompanies life on the court. “What I love and hate about tennis at the same time, is everything is on you, I like relying on myself,” she said. “With soccer and just the coaching you didn’t always have a lot of control over stuff, and what I like about tennis is how much I have control over stuff.”

However, a life of self-sufficiency can be at times isolating in a sport that is heavily a mental game between you and your opponent. Garapati noted the group aspect of Central tennis is what she is most looking forward to in the coming season. “I just like all the people—I just like everyone, practices are really fun— and again tennis is an individual sport, before high school I didn’t have a team or anything so it’s really nice to have a team,” Garapati said.

Garapati, who competed only second to recent graduate Greta Bullerdick last season, is a bit nervous for her debut as a top player this season. “Playing number one is a lot,” she said.

Given that tennis is not as common a game as typical midwestern pastimes such as football, the tight knit nature of the tennis community can at times also be stressful. “Tennis isn’t a very big community, so when I’m playing people from other schools, I know a lot of them and there’s an obvious pressure in that,” Garapati said.

Despite Garapati’s talent, her current tennis plans are to stop after high school. “I’m probably still going to play just for fun, but I don’t want to play competitively in college,” she said. “I think I could probably get into a better school based on academics, and I’m just more focused on my future plans in terms of a career—like perusing law or engineering”. Whatever Garapati conquers next, her time on the court will certainly not be forgotten anytime soon.