The girls soccer team is ready for this season. With a tough schedule ahead, coaches and players are still looking hopeful they can make it to state this year. 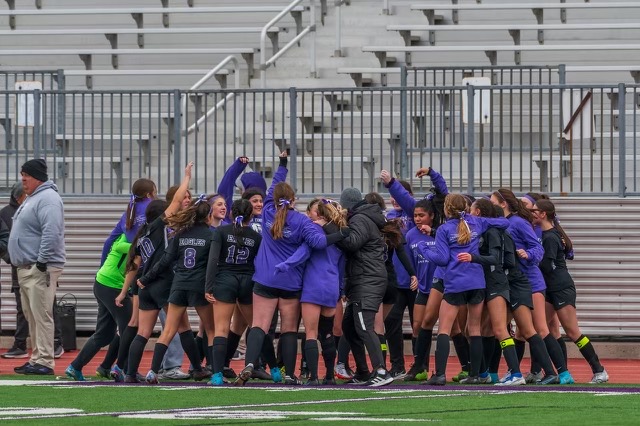 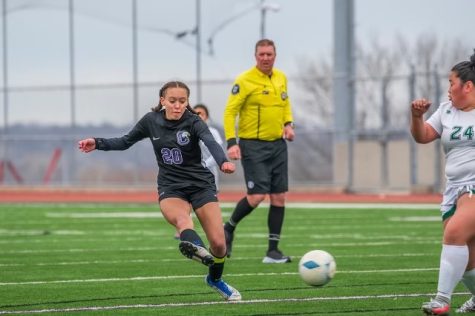 The girls soccer team is ready for this season. With a tough schedule ahead, coaches and players are still looking hopeful they can make it to state this year. With a schedule packed with home games, everyone should come support and see the improvement of this team.

The team has been practicing every day after school, and conditioning to improve their endurance. Junior and varsity starter and captain, Amaya Garrett, expresses what all of their hard work is for. “I believe our biggest area of growth is beating teams who are on the same level as us. Last year we had a few games we could’ve won that were matched up pretty evenly but we let them slip away,” Garrett said.

Playing Marian their second game, is not an easy task. However, losing only 2-0 to them last year, assistant coach Casey Denton thinks they will be able to pull of a win.

“Marian is always a tough mach-up, and one the girls look forward to. With two transfers from Marian on our squad this year, I imagine that will be an emotionally charged game,” Denton said.

Garrett recalls playing Marian last year but feels if they are more prepared as a whole this time around. “We’re preparing by making sure we’re in shape, along with the team being on the same page mentally and tactically.”

Central has been strong on the defensive end historically as a team, but they recognize a need for improvement in the midfield and offense. “This year our new players who I anticipate will strengthen our midfield and allow our strikers to capitalize up top,” Denton said.

When comparing how they’ve grown as a team since last year, they’ve not only improved on their game but have become more connected as teammates. “This season we have some new girls, and a lot of returning, but I can already tell we have a great connection. I think this year is different, and everyone adds something to the team,” Garrett said.

Avoiding injury has also been a major challenge for the Eagles. Avoiding this will be key for them to make it farther in the season this year. As it’s been a problem for them in the past, they are doing a lot in the preseason to prevent this from happening.

Team bonding and pre-season training have both aided in the Eagles confidence for their season. Along with that some new faces have helped add into the excitement.

“This year’s team has all last year’s strength and tenacity with some new talent and athleticism mixed in. Two freshmen, a few upperclassmen who have made some big strides in the off- season and a transfer from Marian have recalled helped us improved our depth and talent pool,” Denton said.

Both coaches and players are extremely excited for this season and are confident in the program they’ve built.

“If I were to summarize my feelings towards this year, it would be excitement and anticipation. I’ve got a good feeling about this year’s squad. We’ve got some great seniors this year who have already established an amazing culture and tone for the team,” Denton said.

Garrett believes the team has improved both on and off the field, and people will see their hard work as the season progresses. “I’m trying to come into this season with a positive mindset, but not to set too many expectations. This season I just want us to grow as a team, and hopefully winning will come with that.”