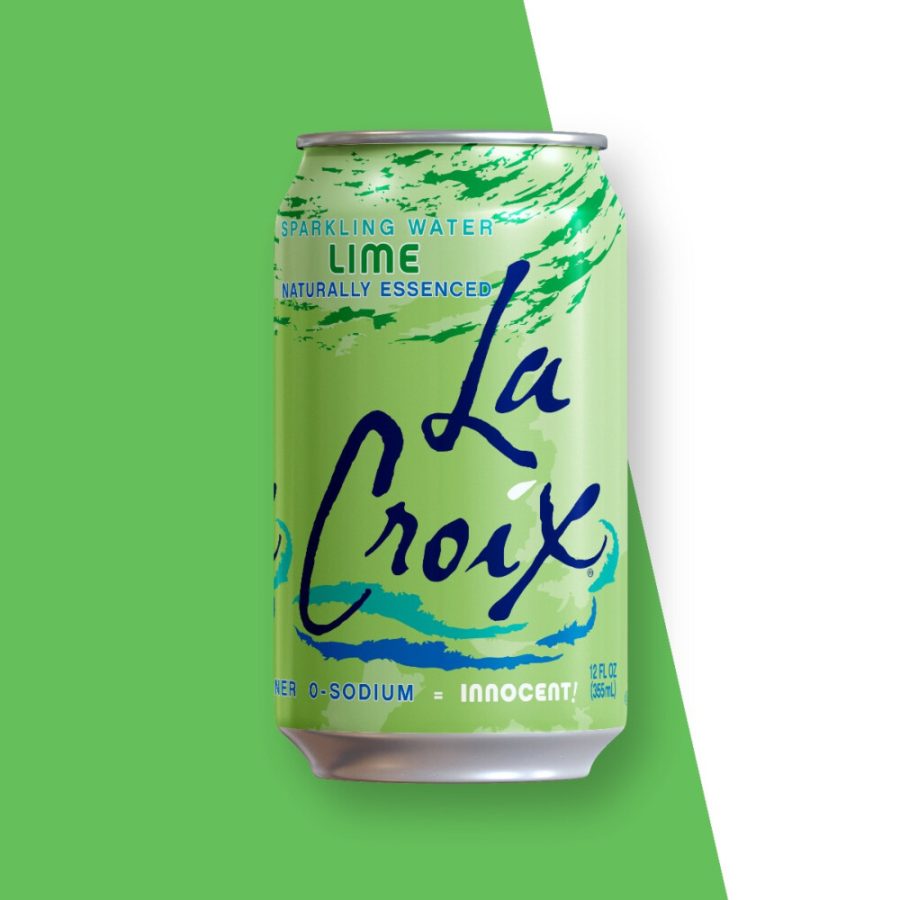 I have been both bullied relentlessly and praised lovingly for my fondness of the fabled formula, La Croix. From my deductions, it is either a drink that one loves, or one hates. The bubbly concoction is a refreshing potion to some, but a disgusting preparation to others. In this piece, I am going to explain why and how La Croix is objectively the best possible drink one may quaff.

Firstly, we are going to look at the most prominent feature of La Croix. La Croix is a carbonated drink by nature. Opponents of the mighty La Croix may argue that carbonated drinks are bad for your teeth. This is completely wrong. A PubMed Central study suggests that it is not the carbonation in carbonated drinks that harms teeth, but it is often the mixture of sugar and carbonation in sodas that can wreak havoc on healthy teeth. This is not a problem for the fearless La Croix since it contains no sugar whatsoever. A spokesperson for the American Dental Association even went as far as saying that “There is no scientific evidence that sparkling waters are any more dangerous or damaging to the teeth than regular water.”

It is not only swallowing that the mythical La Croix may help with. Carbonated water may also help with constipation, according to a study from PubMed Central. This research paper studied a group of people who had suffered from strokes over the age of 40. Half of the group drank regular tap water for a two-week period, while the other half drank carbonated water. The group that drank carbonated water had almost twice as many bowel movements on average during the two-week period, reporting a 58% decrease in constipation symptoms. A different study from PubMed Central also pointed towards the fact that sparkling water may improve general stomach discomfort and symptoms of indigestion, including stomach pain.

Next, we will observe the refreshment factor of the all-powerful La Croix. A study from Symrise, a producer of fragrances and flavors, conducted a study on what makes a drink ‘refreshing.’ After over 800 surveys, Symrise’s data showed that color of the drink is a key visual indicator of refreshment. Lighter colored drinks and vibrantly colored cans are often perceived as more ‘refreshing’ according to the study, because they are seen as less artificial. The admirable La Croix knocks out both these areas. On any singular can of La Croix, the can also points out how ‘innocent’ said La Croix is, without any artificial flavors or colors. The study also found that sound was a very important factor in how refreshing a drink was. When opening a can of La Croix, there is a loud and crisp crack, enough to catch the ears and attention of any singular dehydrated soul. Finally, the study points out that citrus flavors are often shown to be the most refreshing amongst the American people. Many of La Croix’s flagship flavors are citrus, including but not limited to lemon, lime and tangerine.

To conclude, the marvelous and awesome La Croix is the singular best drink on the planet. There are zero negative health connotations when drinking this tremendous beverage. In actuality, there are many health benefits to drinking this wondrous liquid. This rejuvenating drink is also proven to be one of the most refreshing beverages known to humankind, showing its true superiority. La Croix has sparked a worldwide movement of copycats and similar drinks alike, but none have bested the true champion of sparkling water. Because of the numerous reasons explained throughout this piece, the phenomenal, fabulous, brilliant, awe-inspiring La Croix is the best beverage, and no contender in second place even comes close to grazing its greatness. 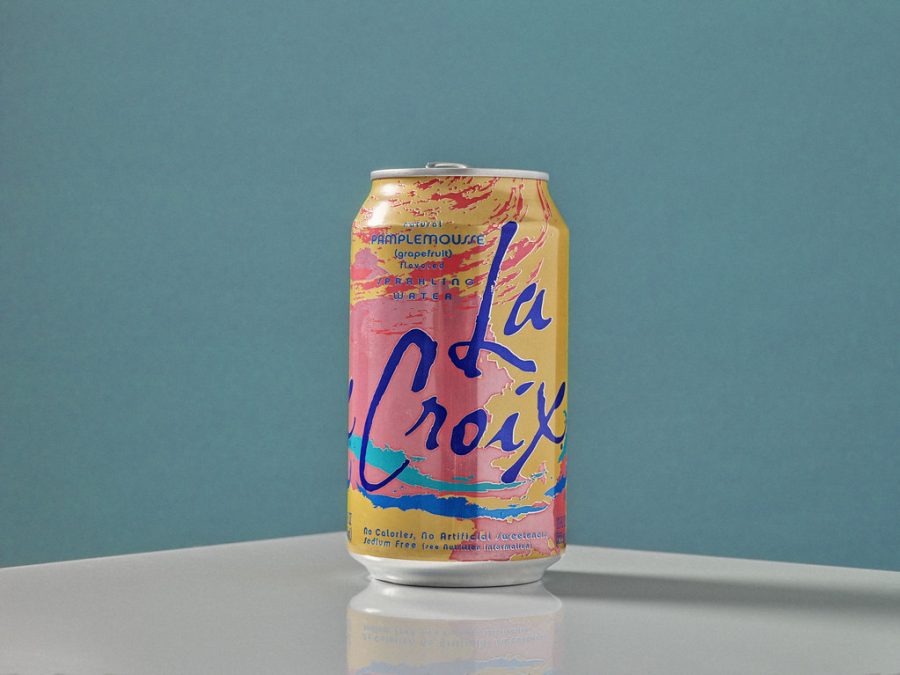 DISCLAIMER: I would like for everyone to keep in mind that the points I bring up in this article are not do not arise from anything resembling factual information, and anything brought up in this piece is strictly my opinion and what I have discovered as I drank my way through a 12 pack of peach-pear La Croix

In his article “La Croix objectively the best drink,” Charles Yale mentioned how he gets bullied relentlessly for his opinion regarding the carbonated beverage. I would be lying if I said I was never on the dispatching side of those exchanges. However, what I cannot bully Mr. Yale on is his meticulous research into the numerous health benefits that La Croix offers. So instead, I am here to discuss the opposite end of the spectrum, and why La Croix, at least to me, is subjectively the most repulsive drink that could be occupying an aluminum can.

Let’s begin with my most obvious issue I came across the first time this controversial brew contacted my tongue: the taste. There are only two ingredients listed on the back of a can of La Croix, those being carbonated water and a natural essence of whatever flavor your drink is. The first sip of my peach-pear La Croix had my mind racing as to what that “natural essence” meant, and the immediate lack of any impactful flavor lead me to think the people making these drinks shoved a peach up one nostril and a pear up the other and simply sneezed into a glass of sparkling water.

To break up the monotony, I will mention here how surprised I was when I took a whiff of the drink and was pleasantly delighted to find the aroma one of quality. Any air freshener that shares the same smell as a can of La Croix is a product I would buy without hesitation. However, it is saddening that the most flavor I get from this concoction only passes through my nasal cavities, and never through my throat.

Along with taste, I also had major issues with the level of carbonation in each drink. I have had plenty of quality burps come from chugging other carbonated beverages, but the only feeling I gain from slurping down a can of La Croix as fast as possible is one of over looming disaster. More often than not, after a large gulp or two, I was left with the unsatisfactory feeling that a burp was right on the horizon, but it took much longer than expected to see the light of day. Imagine the DVD logo constantly bumping up against the border of the TV for around 3 minutes, but once it finally hits the corner, it just passes right through the edge of the frame.

What sucks the most is that this is not where my burping struggles end. The feeling lingers far past those first 3 minutes, even if the aftershocks that follow aren’t as strong as the first eruption, so these unsatisfying burps keep coming, one after the other for a few extra minutes. Reflecting on everything I’ve mentioned in this article, I’m left repulsed from the moment I let the drink hit my taste buds to many minutes after I’ve emptied the can.

So, what have I learned from my little experiment? Not much, actually. While I wasn’t aware of the benefits that come from drinking La Croix instead of any other fizzy drink, thanks to Mr. Yale and his article, I now am. Unfortunately, these benefits don’t provide me with enough reason to add La Croix into my diet. The flavor leaves heaps to be desired, and while the smell of each can is beyond blissful, the tingling sensation it leaves in my stomach is one that can only be described as unpleasant.